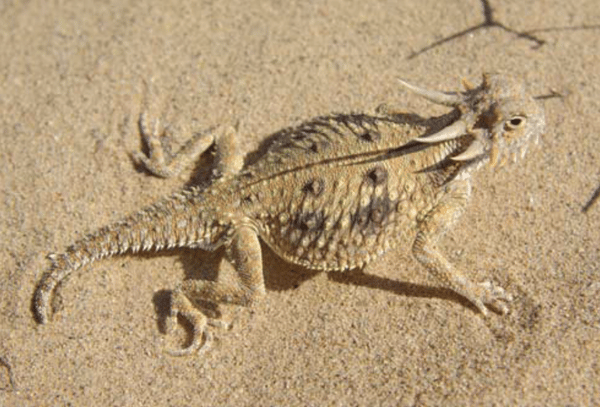 Group says the lizard is disappearing due to agriculture and urban development.

Growing up in Southern California has exposed me to all sorts of wild herps. When I was a kid one of my friends returned from a dirt bike trip with a pair of horned lizards. We called them horny toads back then. They are probably the coolest looking lizards in Southern California, but we had no idea how to care for them, and a few days later my friend released them into a field behind our housing tract. Today that lizard, the flat-tailed horned lizard (Phrynosoma mcallii) according to the Center for Biological Diversity, should be listed as endangered due to what it calls federal inaction on the species.

According to the environmental group, the US Fish and Wildlife Service proposed listing the lizard as early as 1982, but failed to do so then and four times since then. The Center says the USFWS declined to list the species as endangered because it is hard to find and hard to count, so they can’t get a good read on its numbers. 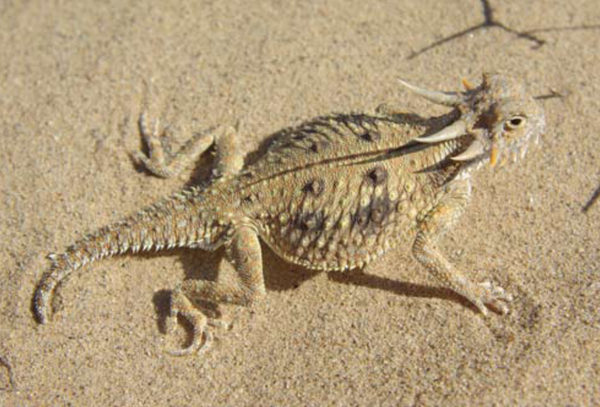 The Southern California Flat-Tailed Horned lizard is disappearing due to agriculture and urban development.

The lizard has experienced some challenges over the last several decades, according to a KCET news report on it, especially from invasive species. The report cites the Sahara mustard plant that grows in the sandy soils that the lizard calls home, and more dire, the introduction of the Argentine ant, which outcompetes the local harvester ants that the lizard eats exclusively. Other factors that the report cites for its decline is agriculture and urban development  in the Imperial and Coachella valleys in which the lizard is known to dwell, and dirt biking in the recently reopened Algodones Dunes where my friend picked up a few more than three decades ago.

The flat-tailed horned lizard is one of those species that are best left in the wild due to the fact that their diets across the United States consist almost exclusively of ants. That is why you hardly ever see them at pet stores or reptile shows. They don’t do well on any other insect except ants, which are virtually impossible to cultivate. The Southern California model grows two to four inches and and has the capability to flatten its sandy colored body to eliminate its shadow, a clever form of camouflage.