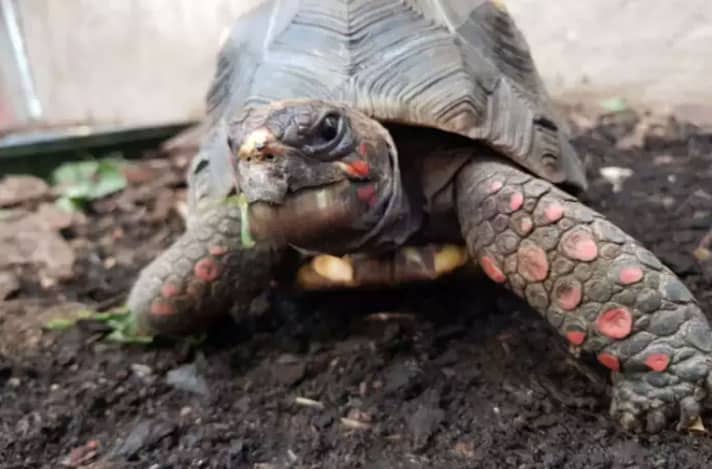 Huck was stolen February 21. He was found in a grassy area March 8.

A popular tortoise that was stolen from the Edinburgh Butterfly and Insect World in Lasswade, Scotland was found safe and returned to its owners. The 8-year-old red-footed tortoise (Chelonoidis carbonaria) was found March 8 on a grassy area in Edinburgh by a passerby, according to the BBC. 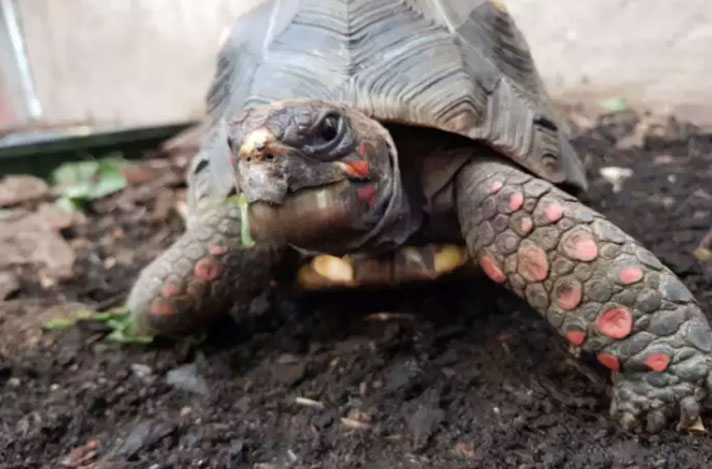 Huck was stolen February 21. He was found in a grassy area March 8.

"We're so happy to have Huck back home with us at Edinburgh Butterfly and Insect World, Lyndsey Paget, one of Huck's caretakers told the BBC.

"We really missed him and so did our visitors. Everyone has been absolutely overjoyed to hear that he is safe and sound."

Huck was taken from his enclosure last month during business hours and employees at the facility as well as Scottish police had been looking for him ever since.

Police still consider the case an active investigation even though Huck has been returned.

"It's a great relief that Huck has been found and is doing well, however we are still looking to trace those responsible for his theft," PC Ian Worrall, of Police Scotland told the BBC. "If anyone can help with this ongoing inquiry then please contact us immediately."

Red-footed tortoises are widely captive bred and are considered by some to be a great as they don't get big and have interesting personalities. They are native to South America and are known to live more than 50 years.