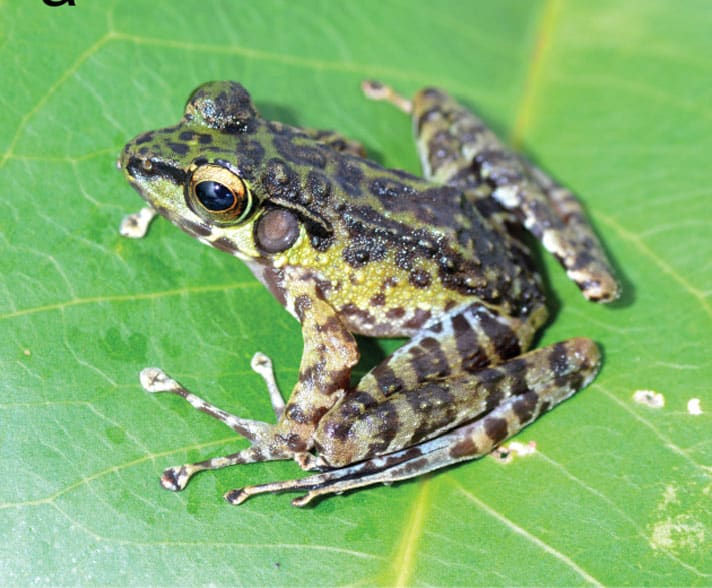 The tadpoles of the Sumatran cascade frogs have sucker-like bellies that enable them to stick to rocks in fast flowing streams.

A team of scientists from the University of Hamburg, Germany, University of Texas at Arlington, University of Bern, Switzerland and Bandung Institute of Technology, Indonesia have discovered two new species of frog that, when in the tadpole stage, has a suction cup like structure that apparently keeps it stationary in the fast moving streams in which their mother deposits her eggs. 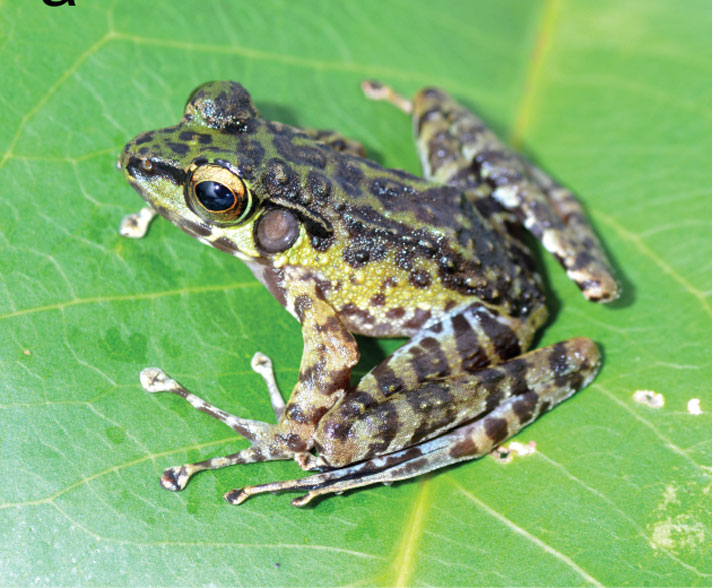 “This phenomenon where tadpoles display ‘belly suckers’ is known as gastromyzophory and, albeit not unheard of, is a rare adaptation that is only found in certain toads in the Americas and frogs in Asia,” lead author Umilaela Arifin notes in the Pensoft blog post "Life in the fast flow: Tadpoles of new species rely on ‘suction cups’ to keep up."

The scientists believe that the abdominal sucker helps tadpoles remain in a single location in a fast moving stream so they can take advantage of algae food sources in areas in which other tadpoles may not be able to exploit.

“We decided to call the new genus Sumaterana after Sumatra, to reflect the fact that these new species, with their rare evolutionary adaptation are endemic to Sumatra’s rainforests and, in a sense, are emblematic of the exceptional diversity of animals and plants on the island,” co-author Dr. Utpal Smart told the Pensoft Blog. “Tragically, all of them are in peril today, given the current rate of deforestation.“

The entire research paper describing the new frogs can be read on the Pensoft Journal website.