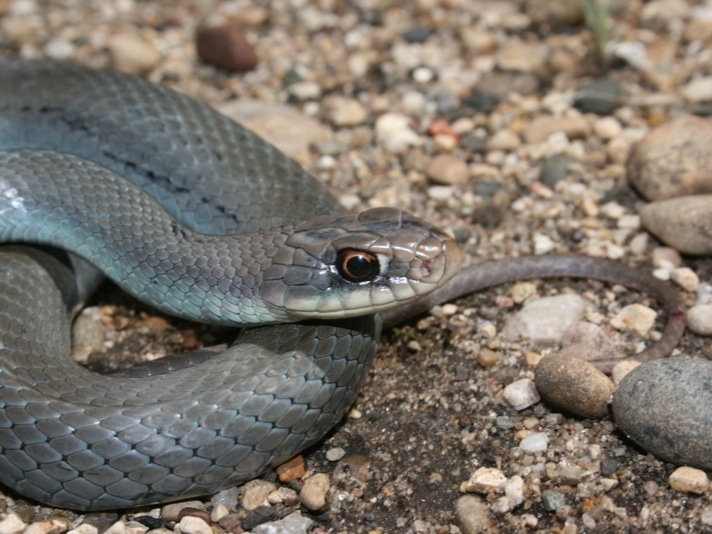 The blue racer has experienced declines in Canada due to habitat loss, road mortality and intentional killings. Photo by Psychotic Nature/Shutterstock

There is good news for Canada's blue racer snake (Coluber constrictor foxii) as Canada’s Scales Nature Park has successfully hatched 12 babies from a trio of adult blue racers (one male, two females) that were imported from the United States in 2011.

Jeff Hathaway, founder of the park, which is located in Orillia, Central Ontario, Canada told Bayshore Broadcasting that after the snakes came out of brumation, one of the two females laid a clutch of 13 eggs this spring, of which a dozen survived. Several snakes will be kept for the facility’s outreach education programs and others will be sent to other nature facility's in Canada. 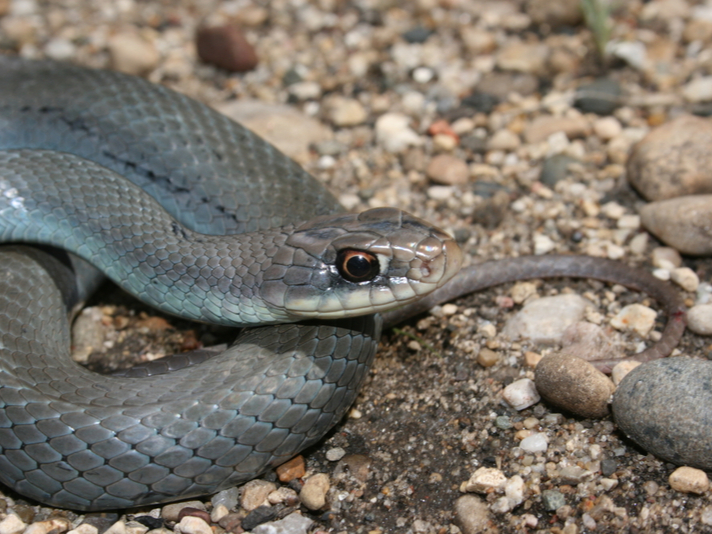 The blue racer has experienced declines in Canada due to habitat loss, road mortality and intentional killings..

The blue racer, while more common in the United States, is one of the rarest snakes in Canada, according to Hathaway. In Canada, they are only found in the wild at Pelee Island, and not in large numbers.

The blue racer has experienced declines in Canada due to habitat loss, road mortality and intentional killings. They can grow up to six feet in length and are the second largest snake species in Ontario.