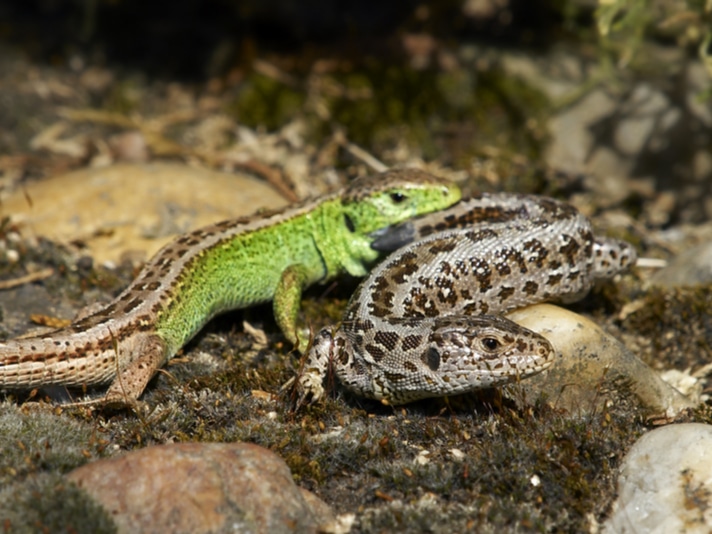 Efforts have been underway for several months to relocate the lizards.

In the last several months, wildlife specialists in Germany have been meticulously combing through long grass fields where a high speed rail line will soon run through. They have been collecting both the sand lizard (Lacerta agilis), and the common wall lizard, (Podarcis muralis). in an effort to get them out of harm's way.  It is expected that when they are finished collecting and moving the reptiles, they will have relocated around 6,000 lizards.

Once the specialist are finished collecting all the lizards, the land will be turned over to the company constructing the Stuttgart-Ulm high speed rail line which will run from Stuttgart, Germany to Ulm.

European Union law states that lizard habitats that are compromised by building work, such as the construction of a rail, must be relocated.

So far, the construction of the line has been delayed by 18 months so the little reptiles can be safely moved to another area away from the rail line's expected location.

"It's unfortunate, of course, that this is so expensive," Johannes Enssle, State President for the Nature And Biodiversity Conservation Union (NABU), in Baden-Württemberg told The Local de. "And you have to wonder, what were the planning committee thinking?"

Winfried Kretschmann, Germany's first ever Green Party Minister-President, said animal conservation is paramount. "What would be disproportionate, would be to eradicate two entire species," he said.