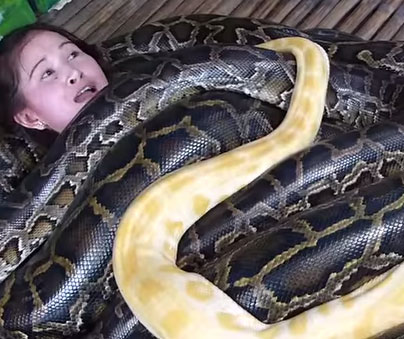 This Burmese Python Snake Massage Will Blow Your Mind

Need to get the kinks out of your back? How about a nice leg rub? Or perhaps you need a full body massage. If you are in the Philippines, the Cebu City Zoo is offering reptilian masseuses in the form of large Burmese pythons. That is right, for a small donation, the reptilekeepers at the zoo will drape several of the zoo's large constricting snakes on your body for what some call a snake massage.

The zoo's new manager, Giovanni Stefan Romarate, says the zoo is now more interactive in that visitors can have a more direct experience with the animals, including a chance to hold and pet some of the animals at the zoo, and of course, even get a snake massage. His overall goal is to educate visitors about the importance of snakes and why they need to be protected.

“We aim to educate the people that snakes are actually not slimy and dangerous. . . and that a crocodile’s skin is not hard,” Romarate told the Philippine Star, He said a foreign tourist coined the term snake massage. 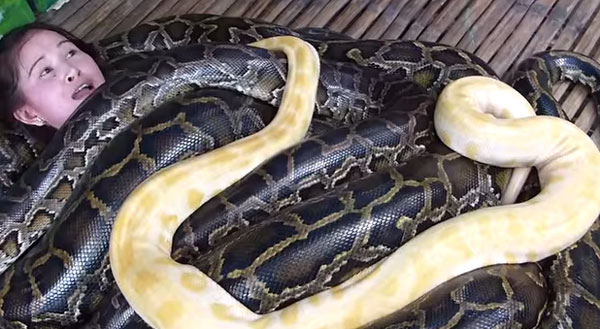 This woman is covered up to her neck in Burmese pythons.

The Burmese python is one of the largest snakes in the world and is a popular pet snake for experienced reptilekeepers. They are considered to be one of the most docile of the large constricting snakes and are reported to grow more than 20 feet in length with weights exceeding 200 pounds. The average captive adult Burmese python is about 10-12 feet. The snake has found its way to Florida's Everglades, where it is an invasive species. It is now illegal to transport these animals across state lines.