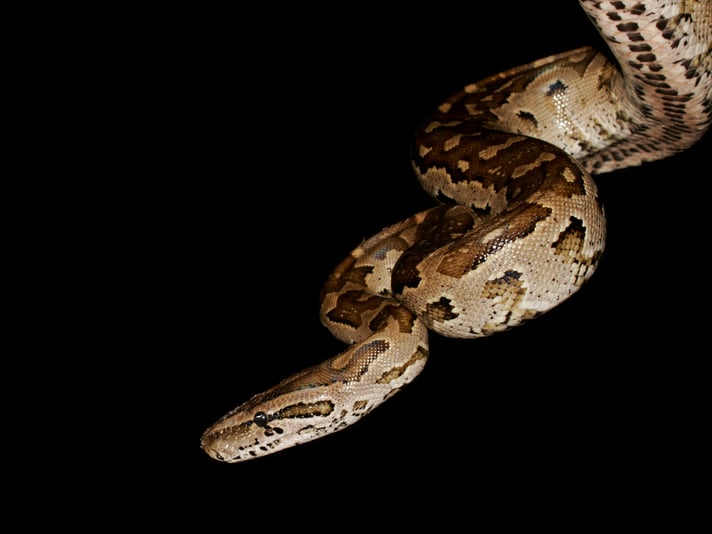 There is very interesting research coming out of the University of Witwatersrand, Johannesburg, South Africa’s Alexander Herp Lab at the Wits School of Animal Plant and Environmental Sciences showing southern African python (Python natalensis) mothers taking care of their babies for up to two weeks after hatching.

Professor Graham Alexander has determined that the not only do the female rock pythons incubate their eggs, but also stay with the babies, keeping them warm in their nest chamber to allow the babies to fully digest their yolk sacs. This, Alexander says, gives the babies energy to move about and prepare for the time when the mother leaves them for good. Alexander has spent seven years at the Dinokeng Game Reserve near Pretoria, South Africa studying the breeding patterns of these reptiles, 37 pythons in all, using radio transmitters and infrared video to document a first: The very first report of egg-laying snakes caring for their babies.

“This is the first-ever report of maternal care of babies in an egg-laying snake,” Alexander said in a news release put out by the university. “I was amazed by the complex reproductive biology of this iconic snake.”

Alexander noted that not only did the mother snake guard and warm the eggs, like all pythons do, but after the eggs hatched, the mother snake would leave the nest and seek out sun to warm her body up, and then return to the nest and warm her babies. And as the female snakes warmed themselves up in the sun, they also changed color to better capture the heat they needed to warm their babies. When they returned to the nest, video shows the snakes coiling around the mother, absorbing her heat. 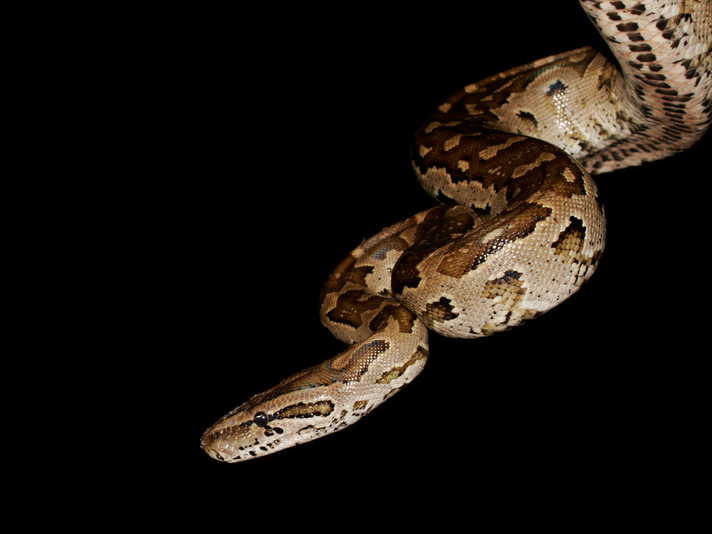 Southern African rock python mothers care for their babies for about two weeks after they hatch.

“Efficient basking is probably crucial for incubation. Unlike some other python species, southern African pythons are unable to warm their eggs by elevating their metabolism,” Alexander said. “Instead, our pythons bask near to the burrow entrance until their body temperature is almost 40 °C (within a few degrees of lethal temperatures), and they then coil around the eggs to warm them with their sun-derived body heat.”

The research also showed that mother pythons take a long time to breed again, and generally produce a clutch just once every two or three years depending on how much they eat. The researchers also documented females dying of starvation after breeding.

“Research is showing that snake reproductive biology is far more complex and sophisticated than we previously thought, and there is a range of behaviours that have been recorded in several species that can be classed as maternal care. For example, biologists are discovering that females of many types of rattlesnakes show maternal care of babies. In some species, mothers appear to even cooperate by taking shifts to look after young. But all these species are live bearing – our python is the first egg laying species that has been shown to care for its babies.”