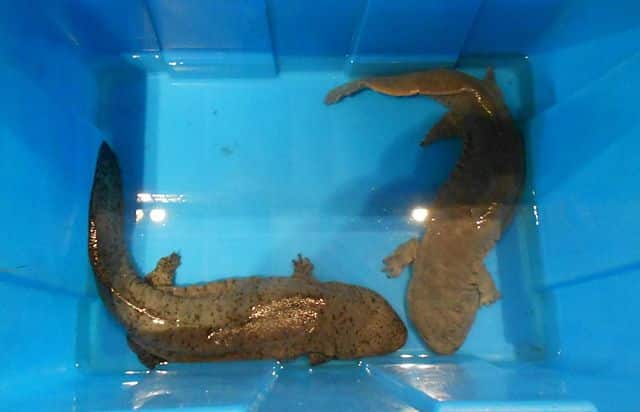 How does a festival that promotes the Chinese giant salamander (Andrias davidianus), an endangered species with numbers that have declined by 80 percent in the wild, according to the IUCN, not realize the hypocrisy by having the salamander as the main course at the festival which tool place last week? It doesn’t make sense. 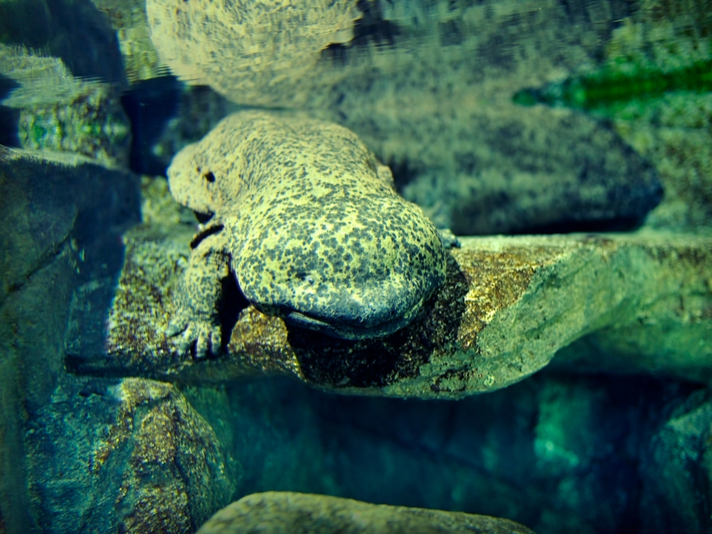 According to AFP, the Hunan provincial tourism bureau created the three day food festival in an effort to promote giant salamander cuisine and products. There are unsubstantiated claims, like those of elephant and rhinoceros tusks, that giant salamander meat benefits skin and heart conditions. The tourism board goes as far to say that the giant salamander is a “350 Million-Year-Old Treasure for Health Preservation.”

Chinese giant salamanders are protected but farmed salamanders are what government officials claim are used for human consumption. The problem, says the wildlife trade monitoring group Traffic, is while consumption of captive bred salamander meat is permitted, the costs for the meat is as much as US$300 per kilo, and this will affect wild populations. Why pay for something that you can catch out in the wild?

The Chinese have insatiable appetites for meat, much of it from endangered species and they go to great lengths to meet demand, even if it means poaching in other countries such as the Philippines and elsewhere in Southeast Asia. Chinese poachers in the Philippines have been captured with hundreds of dead sea turtles, pangolins and other creatures destined for the Chinese black market. Elephant tusks have been traced from Africa all the way to China using sophisticated fake tusks and GPS systems hidden in those tusks. And now the Chinese giant salamander is at very grave risks due to a new festival that promotes giant salamander cuisine and products.