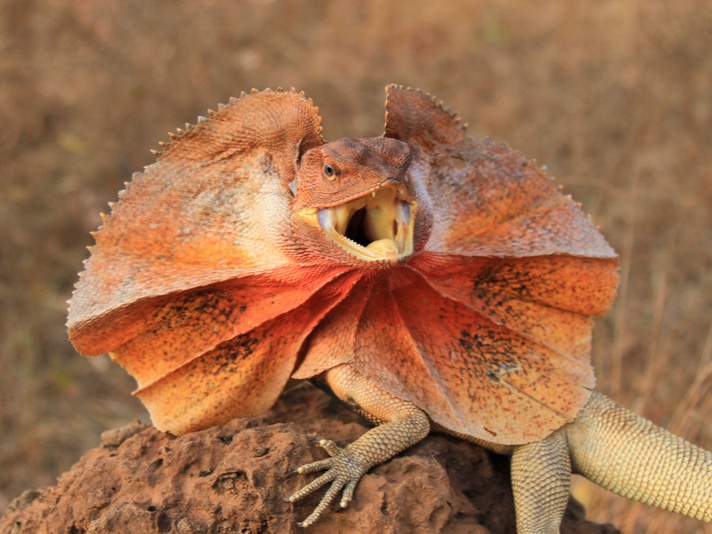 The color of frilled lizards in Western Australia is different from those in Queensland.

Were you aware that frilled lizards (Chlamydosaurus kingii) have different colored frills? And did you know that the color is based on what they eat and where they are located? Researchers with Australian National University found that frilled lizards located in Kimberley and Top End in the western region of Australia sported red or orange frills while those found in Queensland had yellow or white frills. 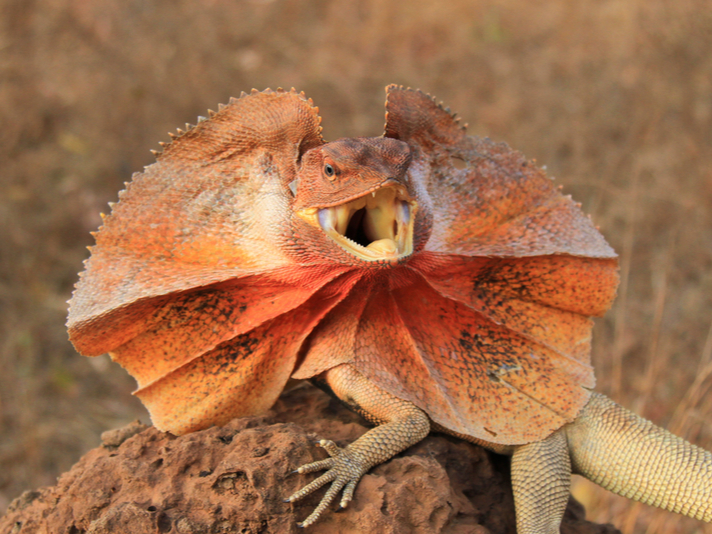 The color of frilled lizards in Western Australia is different from those in Queensland.

The researchers noted in a study that color differences are due to varying concentrations of two types of pigments in the prey of the frilled lizards, also known as frilled dragons. Dr. Thomas Merkling, lead author of the study, said that the lizards acquire one pigment from the food that they eat and synthesize the other pigment directly in their cells. The western lizard populations, those with red or orange frills had more dietary pigments in both their frills and their blood than those lizards found in Queensland, which the researchers say are due to more pigment in the prey in the western regions. They also noted that the prey items that the frilled lizards eat in Queensland lack the pigments the lizards can synthesize.

"Different kind of pigments can produce similar colours and these pigments have different ways of being acquired by animals, Merkling said in a news release put out by the university. “For instance, colors produced by a limitless pigment probably don't have the same role as those produced by a rare and limited pigment," he said. "Given the differences in pigmentation among frill neck lizard populations, it is tempting to suggest that frill color may have a different role in the different populations."

An abstract of the study can be found on the Biological Journal of the Linnean Society website.