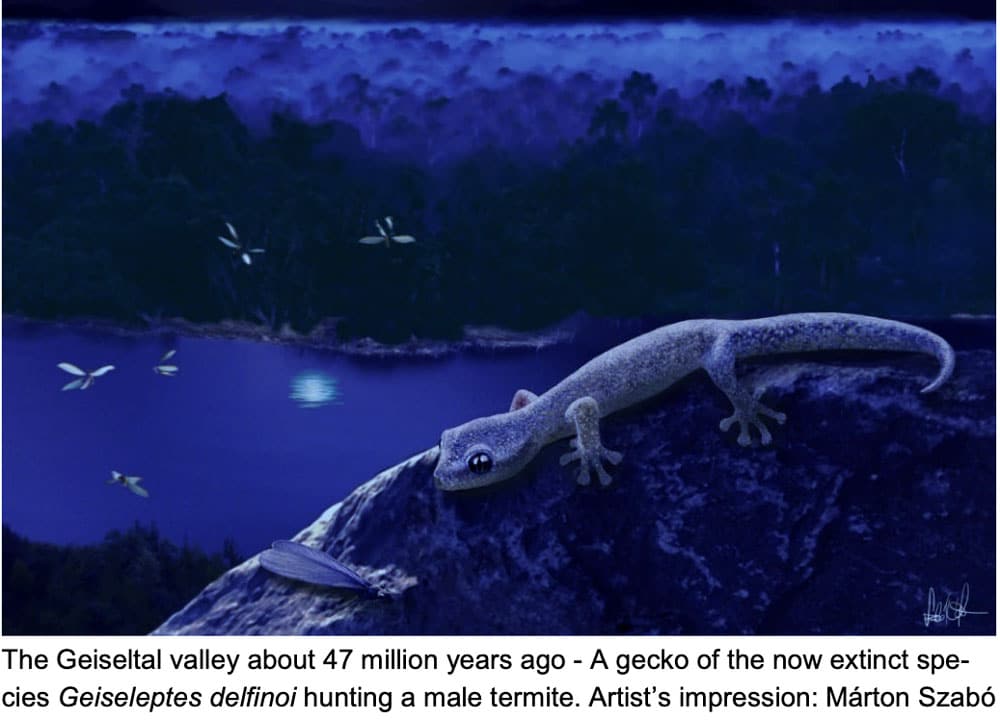 The gecko, Geiseleptes delfinoi is named after the coal mining region in which it was first discovered, and after Dr. Massimo Delfino, a specialist in extinct reptiles. The researchers, Dr. Andrea Villa, Miquel Crusafont and Dr. Márton Rabi, also determined that the new gecko species is closely related to the modern day European leaf-toed gecko Euleptes europaea, which is native to certain locales in the Mediterranean region. It is also the oldest known species in its lineage.

The skull of Geiseleptes delfinoi was first found in 1933. Villa said in a press release announcing the new species, that the skull is “one of the most complete and oldest gecko skulls from the past 66 million years, the period after the great mass extinction of the dinosaurs.” 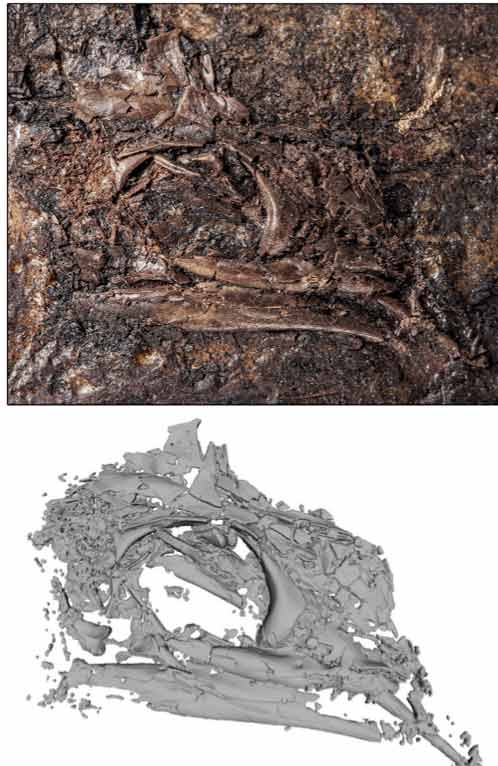 The original fossil skull above, and a computer tomographic image. Images by Oliver Wings and Andrea Villa

“Originally, these geckos could have come from Africa. In any case, our study proves that they also lived in Europe at least since the Eocene – 47 million years ago,” Márton Rabi said. “However, the climate change back then occurred over tens of millions of years, in startling contrast to current global warming. According to the worst projections, if emissions continue to rise, the Earth could return to Eocene conditions as early as 2100.”

8 Of The Most Popular Geckos For Reptilekeepers

The habits of Geiseleptes delfinoi are unknown, but the researchers speculate that it was active in the evening and at night, like many gecko species alive today.

An abstract “A new gecko (Squamata, Gekkota) from the Eocene of Geiseltal (Germany) implies long-term persistence of European Sphaerodactylidae” can be read here.