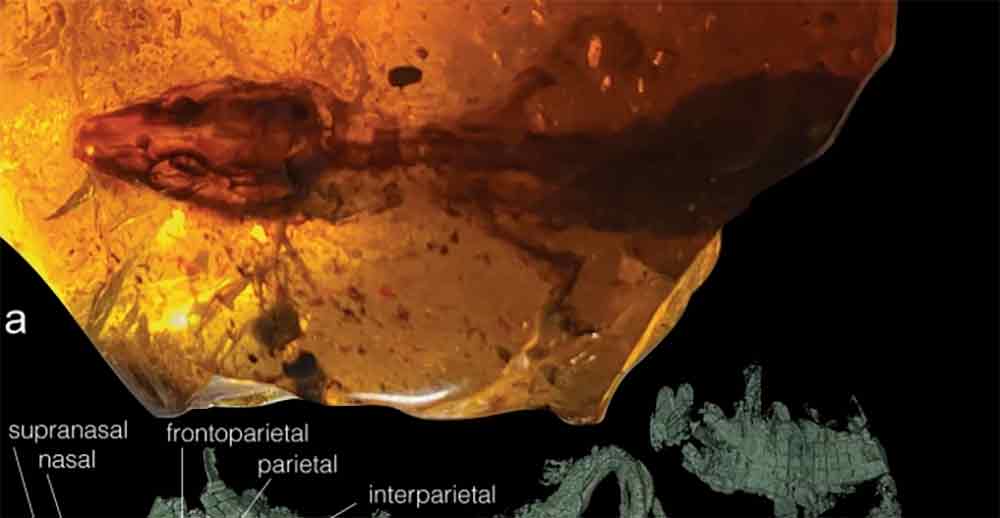 The amber has been dated to Albian, ca. 110 million years ago.

The juvenile specimen is so well-preserved that an articulated skull and anterior portion of the trunk, as well as the pectoral girdle and anterior limbs are clearly visible within the amber.

Burmese Star Tortoise Population In Yangon Up By 2,072
Reptile Described As Dinosaur Confirmed A Lizard
Monk In Myanmar Takes In Pythons, Other Snakes Rescued From Black Market

A lizard new to science was discovered encased in Albian amber in Myanmar by an international team of researchers in the country’s Hkamti District at Patabum, very near the jade mines. According to the researchers, the juvenile specimen is so well-preserved that an articulated skull and anterior portion of the trunk, as well as the pectoral girdle and anterior limbs are clearly visible within the amber.

The researchers used high-resolution X-ray microcomputed tomography to capture in very high detail, the features of the reptile. The amber has been dated to Albian, ca. 110 million years ago (Ma), using zircon U–Pb isotopes, according to the paper detailing the new species. Combined molecular and morphological analysis determined the lizard to be a scincoid lizard (Scinciformata), and a sister to Tepexisaurus + Xantusiidae, the researchers wrote in their paper. 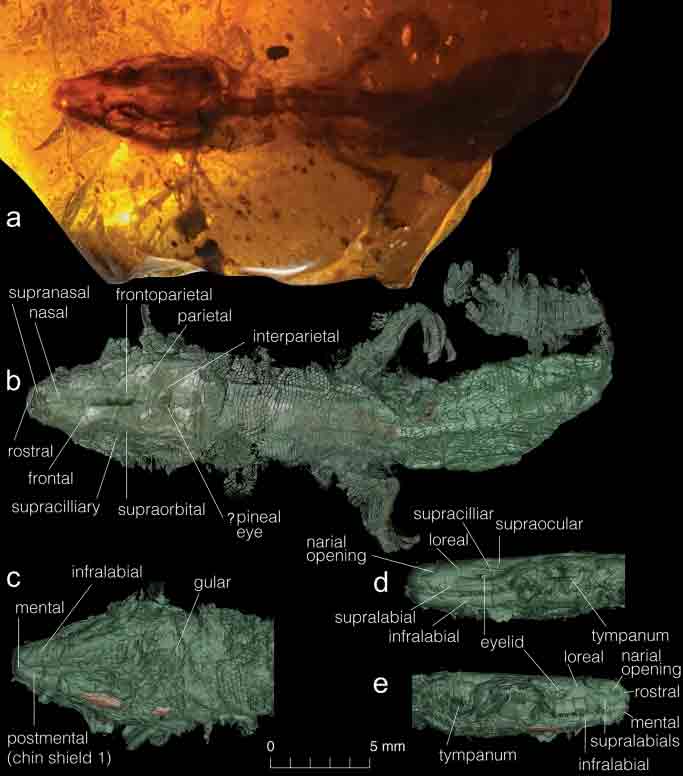 General view of Retinosaurus hkamtiensis (GRS 29689). (a) Photograph of the specimen within the amber resin in dorsal view. (b–d) HRCT rendering of the integument surface. Note that the integument is not visible in the photograph, as it may be preserved as a translucent layer. (b) dorsal view of the body, (c) ventral side of the head, (d) left lateral and (e) right lateral views of the head. Greenish colour indicates the skin, light brown indicates the bones preserved inside. Photo via Scientific Reports https://www.nature.com/articles/s41598-022-05735-5

The scientific name of the lizard is Retinosaurus hkamtiensis. The specimen was acquired from a government licensed gem dealer in 2019, at a Myanmar government approved show and then legally exported from the country. It came from a non-conflict zone, and the dominant mining company in the region in which the amber was acquired is not listed in the United Nations Human Rights Council report as a company involved in the conflict going on in Myanmar.

The complete paper, “A new Early Cretaceous lizard in Myanmar amber with exceptionally preserved integument” can be read on the Scientific Reports website.