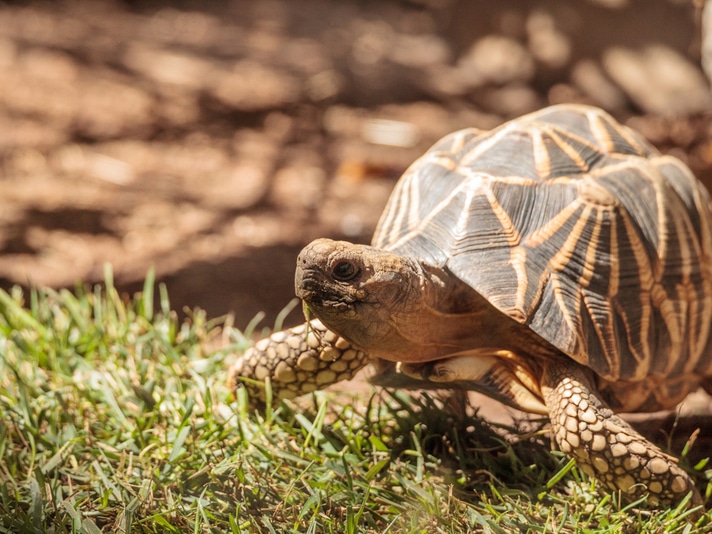 Burmese Star Tortoise Population In Yangon Up By 2,072

In the 1990s, it was estimated there were just a few hundred (Geochelone platynota) left in the wild.

Thanks to captive breeding, the population of the critically endangered species in the country’s Shwesettaw Wildlife Sanctuary has increased to 2,072 individuals.

The Myanmar star tortoise, also known as the Burmese star tortoise (Geochelone platynota) , was almost wiped out in the mid 1990s due to massive demand in southern China. it was declared ecologically extinct at the time. In Myanmar, formerly Burma, a captive-breeding program was launched in 1999 with just six star tortoises.

Today, thanks to the captive breeding efforts, the population of the critically endangered species in the country’s Shwesettaw Wildlife Sanctuary has increased to 2,072 individuals. The sanctuary announced that 700 star tortoises were born in captivity this year. The sanctuary also announced that more than 2,000 were reintroduced into the wild.

“Starting with six Myanmar star tortoises in 1999, by now, there are 2,072 star tortoises bred in captivity of our wildlife sanctuary,” U Aung San, head of the Shwesettaw Wildlife Sanctuary, told Xinhua News. “We release the tortoises into the wild when they become adult,” he said.

The factors that are negatively affecting this species include illegal hunting and poaching, illegal trading and deforestation of the reptile’s natural environment.

In the 1990s, it was estimated there were just a few hundred individuals left in the wild.

Conservation efforts were set in motion in 2004, with the Nature and Wildlife Conservation Division of the Myanmar Ministry of Natural Resources and Environmental Conservation and the Wildlife Conservation Society (WCS)/Turtle Survival Alliance (TSA) Myanmar Program establishing three “assurance colonies” comprised of 175 tortoises, most of which were confiscated from illegal wildlife traffickers.

The colonies were created within existing wildlife sanctuaries to bolster the conservation efforts, which involved determining the best way to keep and breed the species—from diet and feeding to the care for the hatchlings. The breeding facilities were designed by herpetologists from the WCS’s Bronx Zoo, who also provided husbandry techniques that were essential to the success of the program.

The Burmese (Myanmar) star tortoise looks similar to the more common Indian star tortoise (Geochelone elegans). Females of the species are generally larger, with some growing to 12 inches carapace length. Males sometimes grow just as large. It is listed as critically endangered by the IUCN and is listed on CITES Appendix I, meaning commercial trade of this species is illegal.