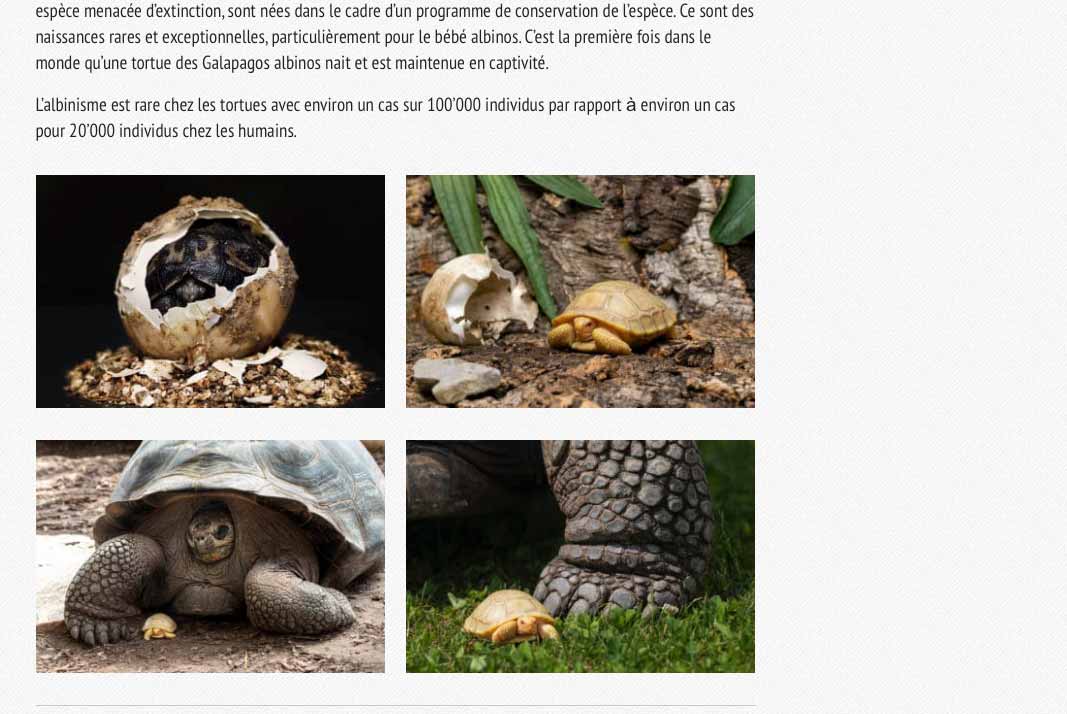 The zoo noted that albinism is rare in tortoises.

The Tropiquarium announced the successful hatching on June 2

The albino hatchling was joined by a normal sibling, which is black in coloration

An albino Galapagos tortoise (Chelonoidis nigra) was hatched at the Tropiquarium of Servion in Switzerland, what the zoological park calls a first such hatchling at a zoological park or in nature.

The albino hatchling was joined by a normal sibling, which is black in coloration, as the name implies. The duo are part of a conservation program of the species, which is listed as threatened.

“We had the surprise of a baby albino among our baby Galapagos giant tortoises, a phenomenon that had never been seen in zoos or in the wild,” the zoo wrote on its Facebook page.

The Tropiquarium announced the successful hatching of the duo on June 2, 2022. The zoo noted that albinism is rare in tortoises, with an estimated one individual born albino out of 100,000 hatchlings.

The Galapagos tortoise (Chelonoidis nigra) is considered threatened by the IUCN. It is the largest tortoise species on earth, with an estimated 20,000 to 25,000 giant tortoise species left in the wild, including all 11 subspecies. They can live well over 100 years and can weigh upward of 900 lbs, reaching sexual maturity at 20 to 30 years. REPTILES magazine covered the discovery of a living subspecies, Chelonoidis niger phantasticus in February 2021. You can read that article here.