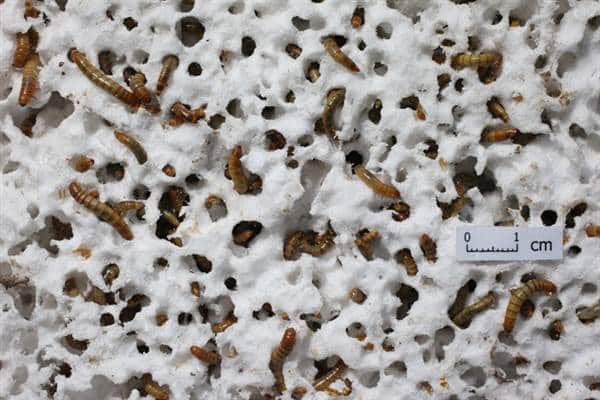 Mealworms Can Eat Styrofoam With No Apparent Ill Effects

The researchers fed a strict diet of styrofoam to mealworms from birth to adulthood.

Those mealworms that you feed your reptiles may be the key to helping reduce the amount of polystyrene (also known as styrofoam) in the world because they have the capacity to eat styrofoam with no apparent ill effects. 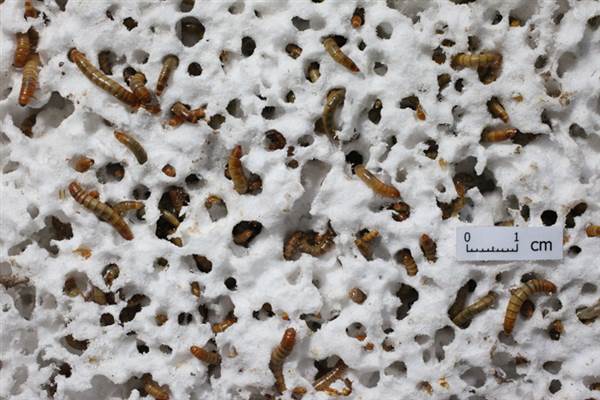 Stanford university researchers have shown that mealworms can eat polystyrene.

Researchers at Stanford University led by Wei-Min Wu of the university's Department of Civil and Environmental Engineering raised 100 mealworms, from birth, on a diet of nothing but styrofoam to adult hood with no apparent ill effects. They found that the mealworm, which is the larvae of the darkling beetle (Tenebrio molitor) and is widely used as a food source in the reptile hobby, have microorganisms in their gut that enables them to digest the man made material.

According to their research, the mealworms ate 34-39 milligrams of styrofoam a day, converting half of the styrofoam into carbon dioxide and the other half into biodegradable fragments. The mealworms that ate the styrofoam remained just as healthy as a control group that ate a diet of bran.

Wu had previously conducted research on the larva of Indian meal moths that showed they had similar microorganisms in their gut that enabled them to eat and biodegrade polyethylene, plastic that can be found in products such as trash bags and grocery bags, and sadly in the world’s oceans where they are ingested by sea turtles and other creatures. The researchers say that this study is significant because it was previously believed that styrofoam was not biodegradable.

The researchers will next look at what impact, if any, that mealworms fed a diet of plastic will have on small animals that eat the mealworms. An abstract of the research appears in Environmental Science & Technology.