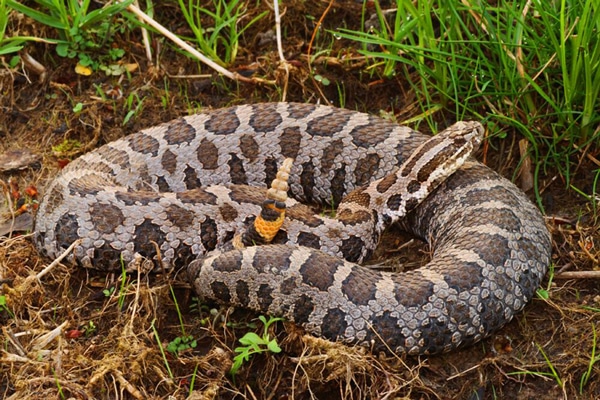 Eastern Massasauga rattlesnake populations have declined due to wetlands draining and disease.

The eastern Massasauga rattlesnake (Sistrurus catenatus catenatus), one of the smallest rattlesnakes in the United States, might make it onto the Endangered Species List as a threatened species, as proposed by the U.S. Fish and Wildlife Service. The USFWS acted on the proposal in an agreement with the Center for Biological Diversity. The snake was listed as a candidate for federal protection in 1982 and is listed as endangered, threatened, or as a species of concern in all 10 states in which it occurs.

The draining of wetlands to make way for agriculture and urban development are two factors that has led to the decline of the elusive reptile. These activities often create obstacles such as roads that prevent the snake from moving between the wetland and upland habitats in which it roams.

“As wetlands have been drained and destroyed, the massasauga has disappeared with them,” said the Center’s Collette Adkins, an attorney and biologist who works to protect rare reptiles and amphibians. “Endangered Species Act protection for this beautiful snake will help safeguard its future, and will also help save the wetlands that people need for flood-control and water filtration.” The snake is also prone to contracting snake fungal disease and Chrysosporium, a fungus that plagues portions of the pet reptile industry but is not normally seen in the wild. 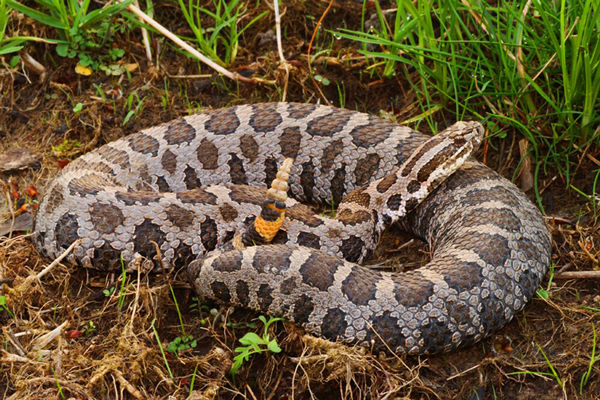 The eastern Massasauga rattlesnake is one of the small rattlesnakes in the United States.

The rare snake, which grows to about 2 to 2 1/2 feet in length, is found in wetland areas in states including Illinois, Indiana, Iowa, Michigan, Minnesota, Missouri, New York, Ohio, Pennsylvania, and Wisconsin.