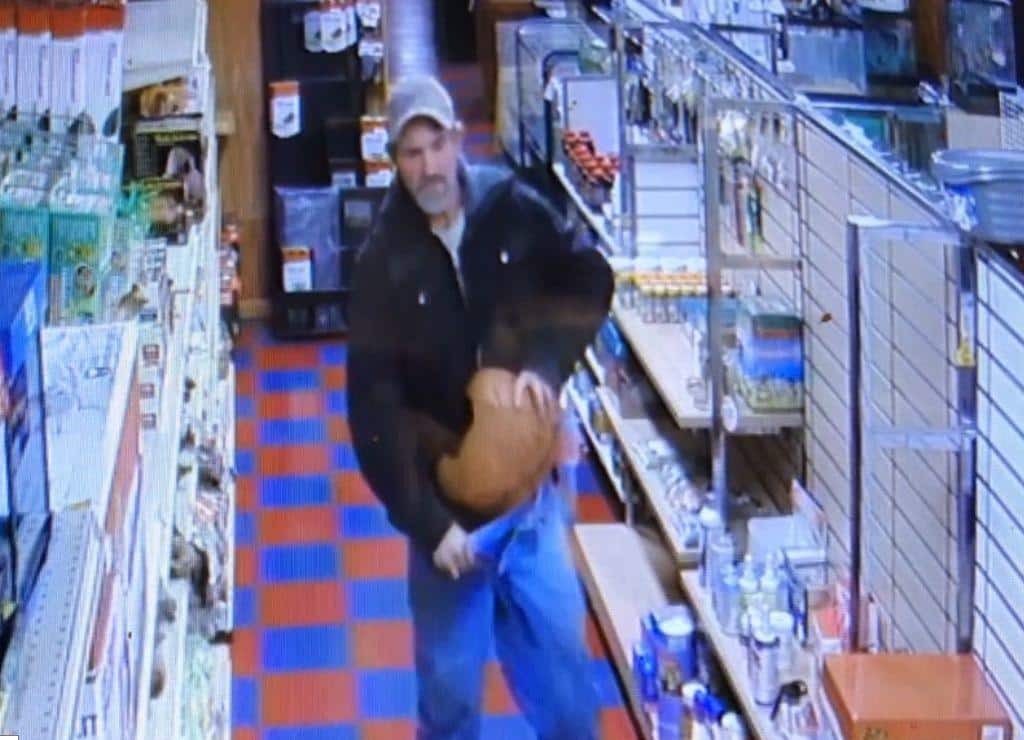 Video shows a man stuffing a large reptile hide down his pants.

A man in Marion, IL who was caught on video stealing a very large reptile hide by stuffing it down his pants and covering it up with a hoodie, has been identified after officers with the Williamson County Sheriff's Office posted the surveillance video to social media.

Sheriff Bennie Vick would like the public’s help in identifying a suspect in a theft from Dee’s Pet’s located at 11426 Route 37 Marion Illinois. The male subject is observed in a surveillance video placing a large plastic reptile rock shelter, into his pants before leaving the store. If you know the identity or whereabouts of this person please contact the Williamson County Sheriff’s Office at 618-997-6541 or the Williamson County Crime Stoppers at 1-800-414-TIPS (8477). ****

In the video, the man is seen holding a very large plastic hide in his hand and then looks around, apparently to see if anyone is watching. He then casually lifts up his shirt and stuffs the hide down his pants and covers it with his hoodie. What the man failed to see was the surveillance video which caught the entire act on video. 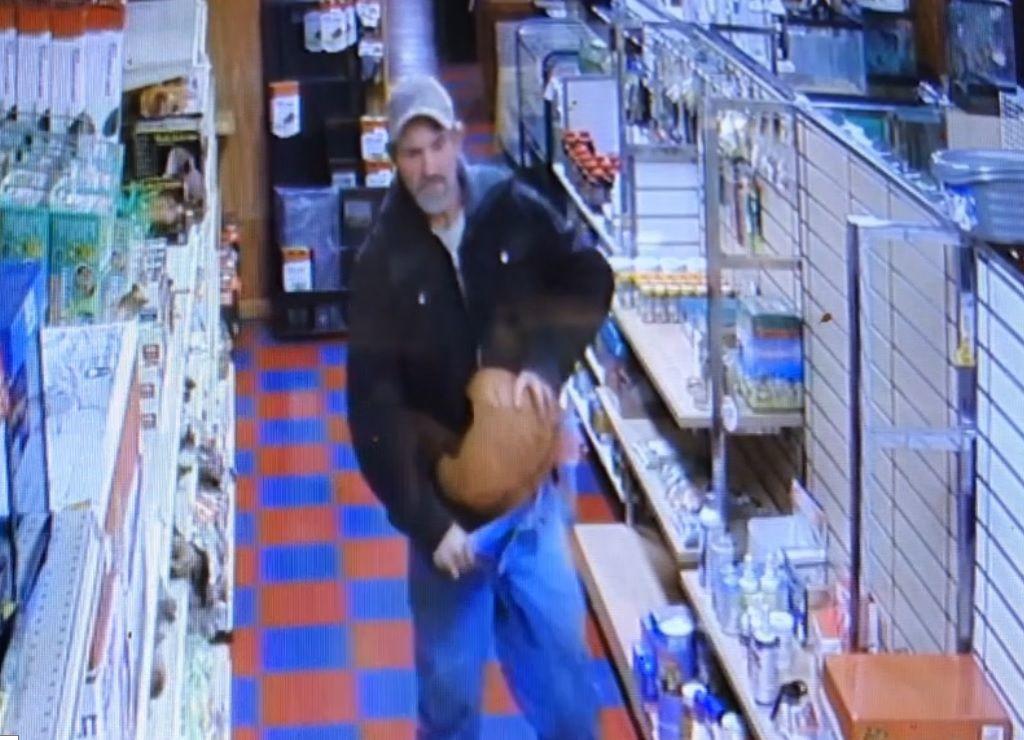 This man is shown stuffing a large reptile hide down his pants.

When thieves target reptile stores, they usually steal animals. And it is usually due to the surveillance video that the stores install to protect their merchandise and animals, that these thieves get captured and brought to justice.

In the last several years, ReptilesMagazine.com has covered more than 10 thefts from reptile stores and in nearly all instances, video surveillance was released on social media to help police capture the suspects.