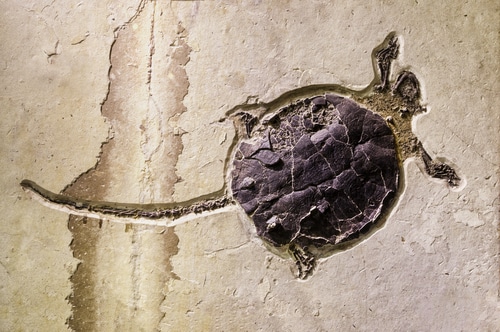 Extinction means an animal is gone forever, so they will never be back! Reptiles and amphibians are currently facing this risk, where 20% of the descr

Extinction means an animal is gone forever, so they will never be back! Reptiles and amphibians are currently facing this risk, where 20% of the described reptiles are threatened or endangered, and 31% of the amphibians (over 2000 species) are rapidly declining. Because of pollution, climate change, invasive species, illegal pet trade, and other unsustainable practices, these groups of reptiles and amphibians have been left vulnerable. It wasn’t always this way, though. At a time, the reptiles and amphibians dominated the planet, evolving and living to become what they are today. Some came, some went, and some we still have today. Although research is still needed to fully understand the lives of ancient extinct animals, here we showcase 10 of the coolest extinct species from research that represents the past lives of some reptiles and amphibians.

Proganochelys – Turtles and tortoises remain one of the most unchanged reptile groups, quite literally being “living dinosaurs” that truly walked among them. Despite the monumental efforts by turtle conservationists today, the Chelonians (turtles and tortoises) are losing species at a rate faster than its overall preservation. Proganochelys is a famous turtle-like (but not actually turtle) prehistoric creature that presumably lived around 200 million years ago. Before the most current research, Proganochelys was frequently used for almost all of the turtle development studies, specifically on the turtle shell. Even 200 million years ago, the Proganochelys had a completed turtle shell, and this made it famous in Biology as an animal mystery! Many skeletons have been recovered and now researched in museums and educational centers. This species had a massive shell, spiked legs, and also teeth! Todays turtles and tortoises are the only reptiles without teeth, so this is a key difference.

Pappochelys – Discovered after Proganochelys, and being a key link in turtle evolution, this small, lizard looking species was a massive discovery when it was uncovered in Germany. The Pappochelys, meaning “grandfather turtle,” completes the mysteries of the turtle shell previously mentioned and sparked by the Proganochelys. This small Triassic reptile had an odd armor of bones protecting its belly, some of which were even fused! This has helped developmental biologists understand turtle evolution because before this fossil discovery, there was no evidence to support what scientists already thought. It was already predicted that this stage of development (belly bones) in reptiles existed, but had never been observed in fossils until now. Read more about it here!

Megachirella wachtleri – This fossil discovered 20 years ago is being named the modern day “mother of all lizards.” This species is said to bridge the gap between snakes and lizards, and helps define when they officially split apart into speciation, or separate species. This creature existed before that split! For awhile, scientists didn’t know what to do with this fossil. It was hard to determine its official place in the reptile lineage because it was the only fossil found, and it was very deep and fragile within the rock. With modern technology, scientists created a 3D scan and were able to see clearly, the unique features of the M. wachtleri. This 3-inch fossil that lived some 240 million years ago is a key discovery in understanding what the planet’s first lizards and reptiles looked like.

The Sarcosuchus was double the size of the largest crocodile on Earth today (Saltwater crocodile). It’s famously known as the “SuperCroc” for its massive size and continually growing ways. Where most crocodilians max out their size at adulthood around 10 years, the Sarcosuchus never stopped growing over its lifetime. Many fossil specimens have been found of this reptile, and it is said to have lived some 100 million years ago and is up there for one of the largest land animals the Earth ever saw. Its massive skull had a slender and long snout, about 75% of the entire head length! Its estimated to weigh over 10 tonnes and be 40 feet in length in some specimens! It seemed to thrive in fluvial or river habitats, and ate everything from fish to maybe other dinosaurs! Although the Sarcosuchus resembles general characteristics of Crocodilians today, it is a one of a kind reptile the planet once had! There is still much being researched about the species. Read more about them here.

Pareiasaurs – Before ravenous carnivorous dinosaurs and families alike roamed the earth, the gentle giant Pareiasaurs walked the planet in peace over 250 million years ago. As one of the first known plant eating land creatures, this large, desert, tankl-ike, reptile is said to have been a slow mover, with a tiny head and stout bony neck and body. It is also believed that this group could be directly related to modern-day land turtles. Fossils have been found in abundance in South Africa and Russia, and specimens recently discovered in China are being evaluated. There is still much to be known about this extinct reptile species, but they are said to have been great wanderers, being able to travel extreme distances and easily traveling all over the world if they wanted to during that time.

Titanoboa – Far younger than the previously mentioned fossils, the Titanoboa is a famous super snake that even landed itself its own NatGeo documentary. The headline is, “Meet Titanoboa: She's longer than a bus, eats crocodiles for breakfast and makes the anaconda look like a garter snake." This giant constrictor dominated and disappeared some 60 million years ago, as the largest constrictor ever discovered. Its fossils were recovered from Colombia, in locations that used to be a plethora of aquatic habitats. Titaniboa was a huge snake, reaching lengths of 40 feet long and weights of 2 tonnes estimated. This massive predator and its exciting discovery shed a whole new light on a world of large reptiles.

Gerobatrachus – Known as the “frog-amander,” this semi aquatic species inhabited what is now Texas, over 200 million years ago. The discovery of this fossil evidence helped to further understand the modern relationship between frogs and salamanders. This “frog-amander” supports the understanding that frogs and salamanders came from a common ancestor, or are related. This creature liked to hang out in ponds, where it fed on insects and other small invertebrates opportunistically. One feature that makes it extra special is that it could lunge. Frogs weren’t hopping until much later after this herp existed. This 5-inch, semi-aquatic, semi-terrestrial lunger was a monumental discovery for amphibian development and conservation studies.

Metoposaurus algarvensis – When herps ruled the earth, they were huge. This period of time over 200 million years ago has provided some of the greatest fossil discoveries of herpetology. To continue the amphibian route, the Metoposaurus algarvensis was a giant salamander that dominated the earth with the dinosaurs and was a top aquatic predator. This species, related to modern day salamanders, was a key discovery that showed the great amphibian diversity of the past. Published in Journal of Vertebrate Paleontology, the discovery of this 7 foot long, giant amphibian was something never before seen. The fossils were found in Portugal and were determined to be similar to other specimens found in Europe and Africa, although their skull and bone structure proved to be a whole different species. It is believed that during the prehistoric time when they lived, there was a giant lake habitat which probably dried up, killing many of these aquatic herps. One of the lead researchers of this study describes M. algarvensis as this, "this new amphibian looks like something out of a bad monster movie. It was as long as a small car and had hundreds of sharp teeth in its big flat head, which kind of looks like a toilet seat when the jaws snap shut. It was the type of fierce predator that the very first dinosaurs had to put up with if they strayed too close to the water, long before the glory days of T. rex and Brachiosaurus."

Caelestiventus hanseni – Being apart of the famous group including the flying Pterodactyl, the Caelestiventus hanseni was a milestone discovery for reptile research. This recent fossil discovery in Utah proved to be the oldest flying reptile known so far. Published in the Journal of Nature Ecology and Evolution, researchers share their excitement over this giant, flying reptile. Not only because of its age being well over 200 million years old (65 million years older than the other pterosaurs) but also because this fossil was in almost perfect and complete condition. Since the skull was almost completely intact, 3D modeling was able to show that these desert pterosaurs had a poor sense of smell and very good eyesight. It is not usual for fossils to be found in one piece, but this was an amazing discovery and exception. This pterosaur is described as being particularly large, with a wingspan of over 5 feet supported by one finger like structure. They lived in the harsh deserts and flew over the heads of other dinosaurs predators.

Tetrapodophis – The Tetrapodophis is a hot topic in Paleontology fossil studies and Herpetology. It has been famously named as the “first and only snake with legs,” but new research is debating the thought they could have actually been an extinct type of lizard. Some researchers say this species lived in the water, and eventually colonized land. Where others say they started as a burrowing creature, and had to stretch out to live their lives on land, giving them the elongated snake-like body. The Tetrapodophis fossil shows that it had a short snout that suggests it swam through dirt, not water. Its backwards pointed teeth show it was a fierce predator, eating large prey with its hinge-like jaws. This isn’t the only resemblance it had with snakes either. It’s long, multiple boned body suggest it consumed its prey by constriction, something that many modern snakes today use as a way to kill their prey. It isn’t exactly known what their spoon shaped legs were used for, but scientists of this study say it was probably used for hunting or even mating. There is still a ton of debate surrounding this little squamate, and more research is definitely needed to properly classify it as the earliest snake! Read more about the Tetrapodophis here!