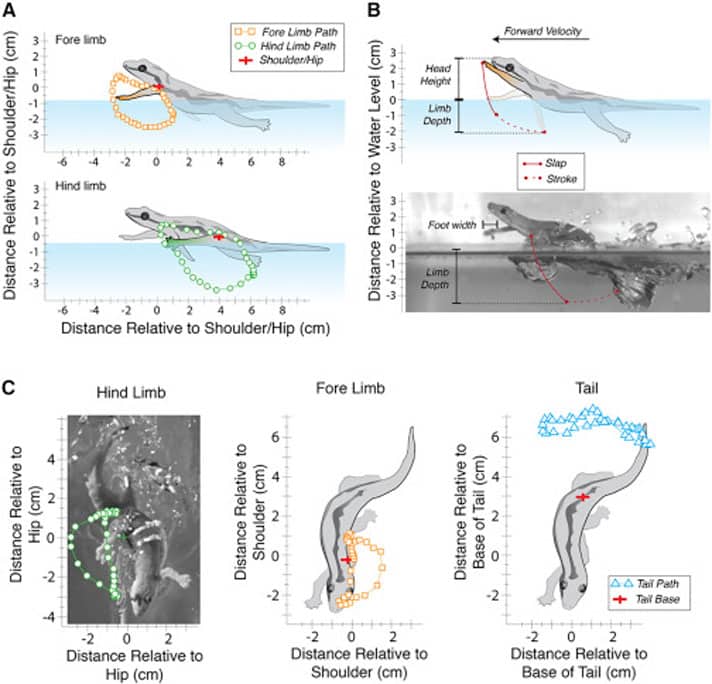 House Geckos Can Walk On Water, Researchers Show In Video

Asian house geckos run across water at about the same speed they run across land.

University of California, Berkeley researchers in Singapore have recorded on video Asian house geckos (Hemidactylus platyurus) running across bodies of water at about the same speed that they run across land. 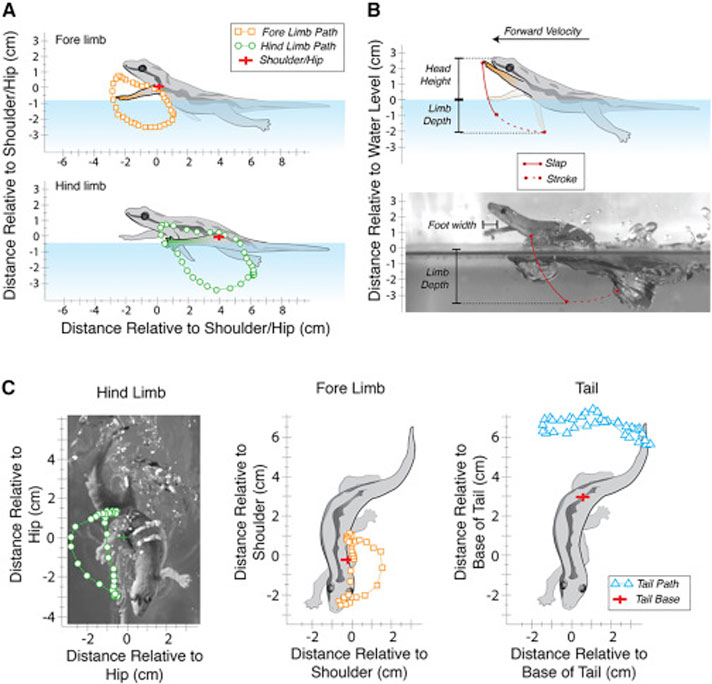 Kinematics of water running in the Gecko Hemidactylus platyurus.

Lab video then shows the gecko initially submerged until it gets up to speed, which then shows its head and upper portion of its back completely out of water as its legs propel the reptile forward. The researchers say air cavities are created by the limbs in a forward motion “as they push through the water.” The posterior trunk and tail help to generate thrust for forward propulsion.

“In contrast to bipedal basilisk lizards, geckos used a stereotypic trotting gait with all four limbs, creating air cavities during slapping to raise their head and anterior trunk above water,” the researchers wrote in their paper. “A major difference between our observations and those described in basilisks is that geckos, with their shorter legs and inability to adopt an erect posture, are confined to quadrupedal running, with the animals’ hind end trailing beneath the surface of the water.”

The complete paper, Geckos Race Across the Water’s Surface Using Multiple Mechanisms can be read on the Current Biology website.