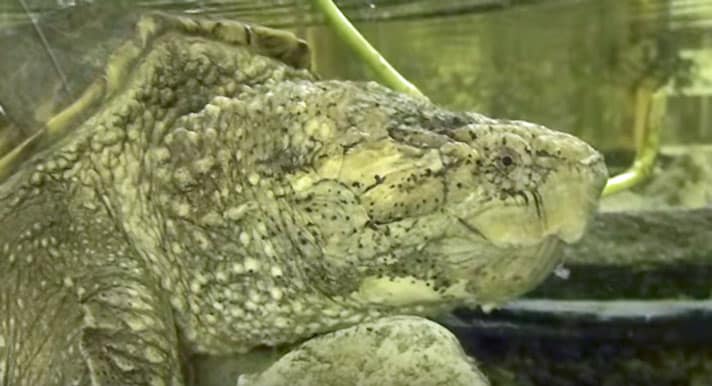 A GoFundMe has been launched for Basil the snapping turtle.

A common snapping turtle that was illegally (and unknowingly) taken from the wild and kept as a pet, only to eventually be turned over to the Southern Vermont Natural History Museum, is in need of a new enclosure, and the museum has launched a GoFundMe to help defray the costs of the turtle’s new home.

According to the museum, the turtle, named Basil, was found by children back in 2009 who decided to keep him as a pet, only to give him to someone else just two years later. The museum eventually took possession of him and with consultation from Vermont Fish and Wildlife, Basil became an educational animal at the museum, living in an enclosure that was not really designed to accommodate a snapping turtle.

“The 15-year-old enclosure where Basil currently lives has had some problems over the years and has a number of leaks that we just can't fix, the museum wrote on Basil’s GoFundMe page.  “It is our goal to move him into a new home. We would like to build a tank at least 4 x 6 x 3 feet that will hold enough water so that he can really swim.  We have already shopped around to find a company in the Northeast (we want to stay local) who can help us out for a good price.”

Basil is approximately 10 years old and is one of the most popular education animals at the museum, and according to staff, has been seen by tens of thousands of people during the five years he has been at the museum.

If you can donate a few dollars to help out the museum, please visit the Basil’s Fund page on GoFundMe.