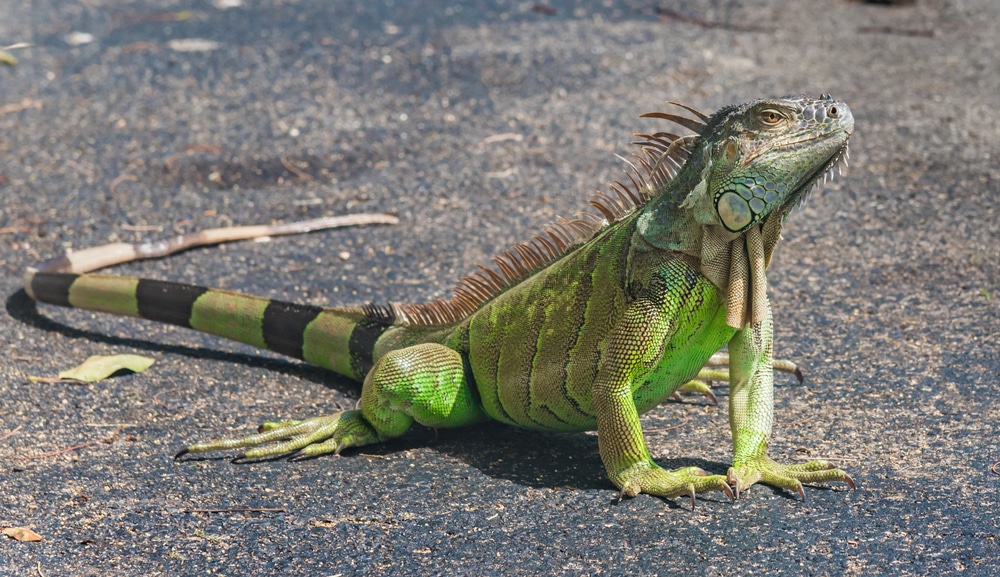 The green iguana is an invasive species in Florida, first appearing in the state in the 1960s.

The Florida Fish and Wildlife Conservation Commission has hired a trapper to focus solely on managing green iguana (Iguana iguana) populations on public lands in the Florida Keys. This marks the first time since the reptile appeared in the state in the 1960s, that officials are taking a more proactive approach in controlling the populations of the large lizard. 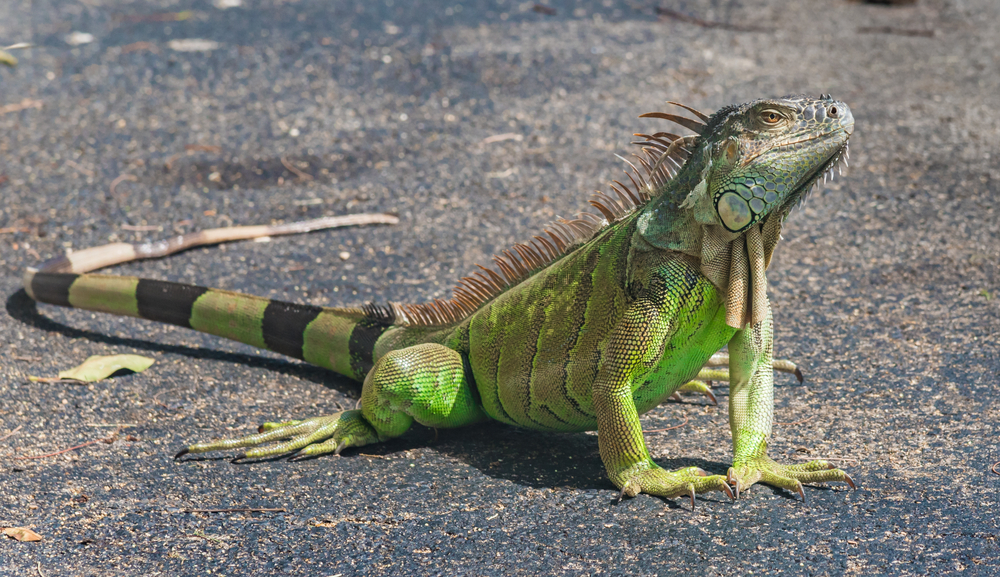 The green iguana is an invasive species in Florida, first appearing in the state in the 1960s.

“The iguanas have been kind of the pink elephant in the room,” wildlife biologist Joe Wasilewski told the Miami Herald. “They don’t kill other animals and eat plants, so they’ve been put on the back burner.”

The lizard is doing damage to the state’s sewer lines and are burrowing under roads, and defecating in swimming pools, which can lead to salmonella poisoning, according to a report in the Miami Herald.  The Florida Keys has a brand new billion dollar sewer line that the state wants to protect.

“We really want to empower people to know what they can do, how we can help folks help themselves,” Kristin Sommers, FWC’s exotic species coordinator told the Miami Herald. “FWC can’t go out and remove everybody’s iguanas. That’s just not possible.”

Iguanas are not a protected species in the state except by anti-cruelty laws. Iguanas that are captured can be kept as personal pets, or can be humanely euthanized. They can’t however, be relocated or released in other Florida locations, according to the Florida Fish and Wildlife Conservation Commission.

The green iguana was one of the first lizards kept as a pet in the hobby. They grow large and are for experienced keepers only. They are a magnificent looking reptile and is vegetarian.