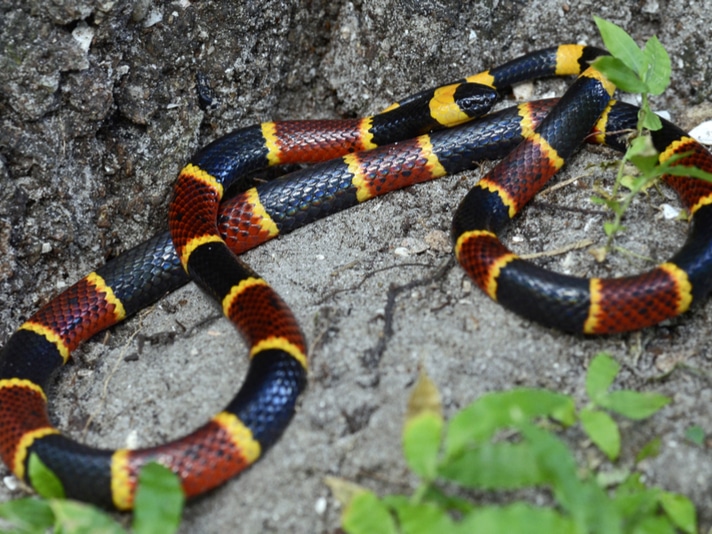 Alabama Man Fights For His Life After Coral Snake Bite

Jeffrey Phillips apparently thought the snake he picked up was a kingsnake.

Jeffrey Phillips apparently thought a snake that he picked up was non-venomous, but it turned out to be a coral snake, one of the most venomous snakes in the country, and he is now in a Mississippi hospital fighting for his life because he was unaware the snake was venomous. 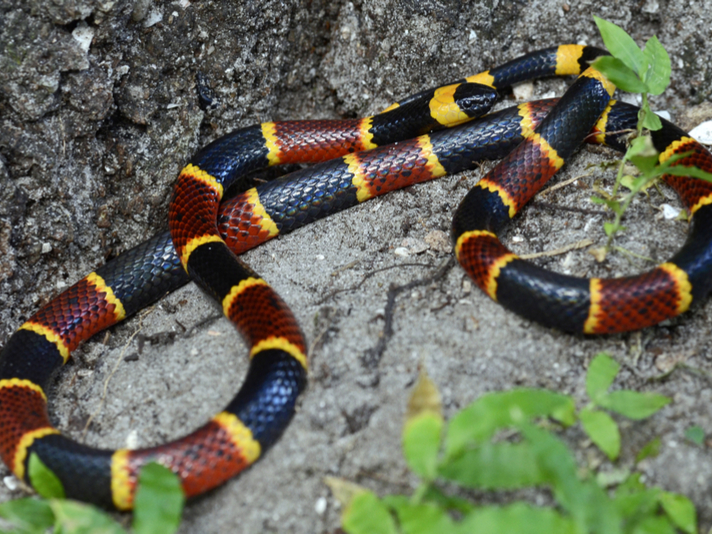 The Eastern coral snake looks similar to the scarlet kingsnake.

According to MS News Now, Phillips, of Gilbertown, AL went outside his home to investigate a snake that his kids found. He picked the snake up, in hopes of presenting the reptile to his older brother, who kept snakes in the past, and promptly got bit.

“Jeff went to pick it up and I told him he didn’t really need to pick it up but he did and he actually was holding it and he let the children touch the snake. Not knowing that it was a coral snake, he thought it was just a kingsnake,” said Phillips. 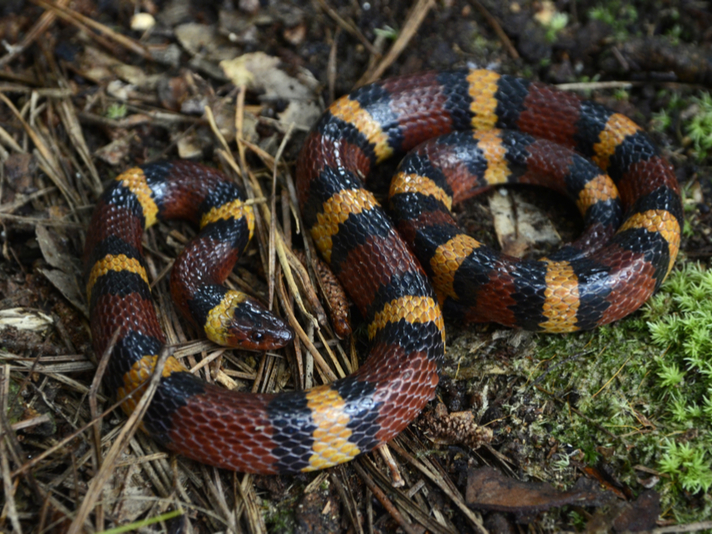 Notice the similarities between the scarlet kingsnake and the eastern coral snake?

Phillips was rushed to a local hospital and had to wait for antivenin to be flown in. According to a GoFundMe page set up to help offset the costs of his medical bills, Phillips didn’t get the antivenin treatment until 40 hours after he was bit, and because of that, he is suffering a malady of neurological problems.

Coral Snakes Of The United States

“He is still very sick and still in the Intensive Care Unit and could remain for a few more weeks, the Phillips family wrote on the GoFundMe page. “He will then need extensive physical therapy to learn how to walk, eat, write and all other every day activities. Jeffrey currently has no medical insurance or any financial means to pay for medical bills. This is going to be a long slow recovery for Jeffrey and his Fiancé Angela to deal with. They currently have a total of six children under the age of ten between the two of them. We are asking for prayers and any financial support to help their family during this tragedy. Thank you and god bless.”

Coral snake bites are apparently rare, but when they do bite, their highly potent neurotoxic venom can do considerable damage. There is an old saying that helped people tell the difference between a coral snake and a kingsnake, "Red to yellow, kill a fellow; red to black, venom lack," or friend of Jack, that was memorized by folks over the years, which works in most parts of the country but not in Key Largo, FL.

The scarlet kingsnake (Lampropeltis elapsoides)  is very similar in coloration to the venomous eastern coral snake (Micrurus fulvius). These venomous snakes are highly secretive and spend much of their time underground in burrows.