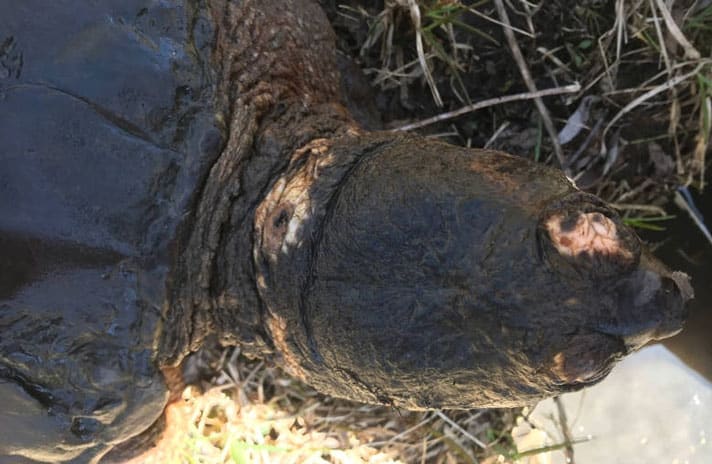 The virus has been detected in reptiles in the United States, but not in Canada, until now.

A virus that primarily infects frogs, salamanders, and even fish has been detected in a Canadian reptile for the first time. The virus had been detected in reptiles in the United States, but not in Canada, until now. 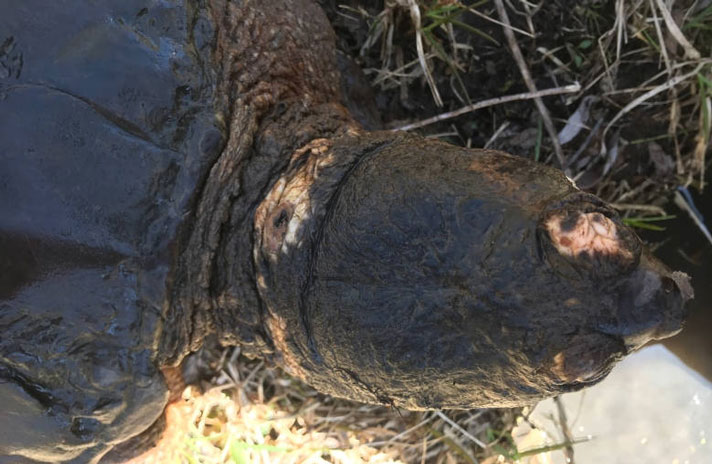 with permission from Morgan Piczak

This is the first time a reptile in Canada has known to be infected with ranavirus.

Last year, Morgan Piczak, a masters of science candidate at McMaster University who focuses on spatial ecology and conservation biology of snapping turtles, pulled a snapping turtle (Chelydra serpentina) from a wetland area in Cootes Paradise in Hamilton, Ontario, Canada. Immediately, she noticed that there was something wrong with the turtle. It had a large lesion covering its eye and there was noticeable swelling of the area.

"The skin on the head is normally a dark brown or dark green, but it was very white and there was extreme swelling of the eyes, so much so we couldn't even see one of the eyes," Piczak told CBC News Canada. "The swelling, discoloration and lesions continued down toward the neck."

Ranavirus Cause Of Death Of 19 Wild Turtles In Illinois

The turtle was taken to the veterinarian but died less than a day later. The reptile was then sent to Ontario Veterinary College where DNA samples were taken and sent to a lab in British Columbia, which confirmed the presence of ranavirus.

Two weeks ago, Piczak found another snapping turtle with swelling and sores, and since it is breeding season, the chance for spreading the virus may be higher as turtles find mates.

"The best we can do is hopefully find that individual and remove them from the environment," she said. "Right now there is no cure."

Ranavirus is a fairly new disease that was discovered in a leopard frog (Lithobates  sp.) in the 1960s and first seen in the wild in the 1980s. It affects mostly amphibians but also infects certain fish and reptiles, including box turtles and certain tortoises.