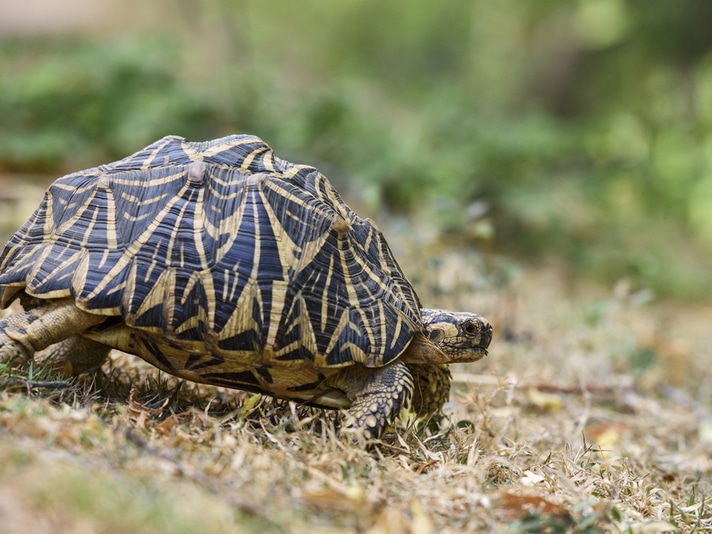 Even though Indian star tortoises are widely captive bred for the pet trade, wild caught specimens are still illegally collected.

In spite of the fact that the Indian star tortoise (Geochelone elegans) is widely captive bred for the pet trade, wild caught specimens continue to be confiscated throughout much of Southeast Asia.

According to the TRAFFIC wildlife trade monitoring network, more than 6,000 Indian star tortoises were confiscated in 11 seizures around the world this year, including 330 seized December 1 at Thailand’s Suvarnabhumi International Airport in Bangkok.

“Cases like these underscore the importance of vigilance by Customs and other personnel based at ports and borders, which are important bottleneck points in the smuggling of wildlife,” said Kanitha Krishnasamy, Acting Regional Director for TRAFFIC in Southeast Asia.

“We congratulate the Royal Thai Customs for this successful seizure, the latest in a string of recent cases. Clearly smuggling of species to fuel the pet trade continues unabated. It is important that such seizures result in solid investigations to identify the perpetrators behind the crime.”

According to TRAFFIC, between 2008 and 2013, Thailand seized more than 6,000 Indian star tortoises, and from 2004 to 2013, the tortoise was the most common tortoise species available for sale in the Chatuchak market in Bangkok.

In the United States, the Indian star tortoise is also widely captive bred and have been for many years. The reptile is protected in its natural range in India, Sri Lanka and Pakistan. It is a threatened species listed as vulnerable by the  International Union for Conservation of Nature.