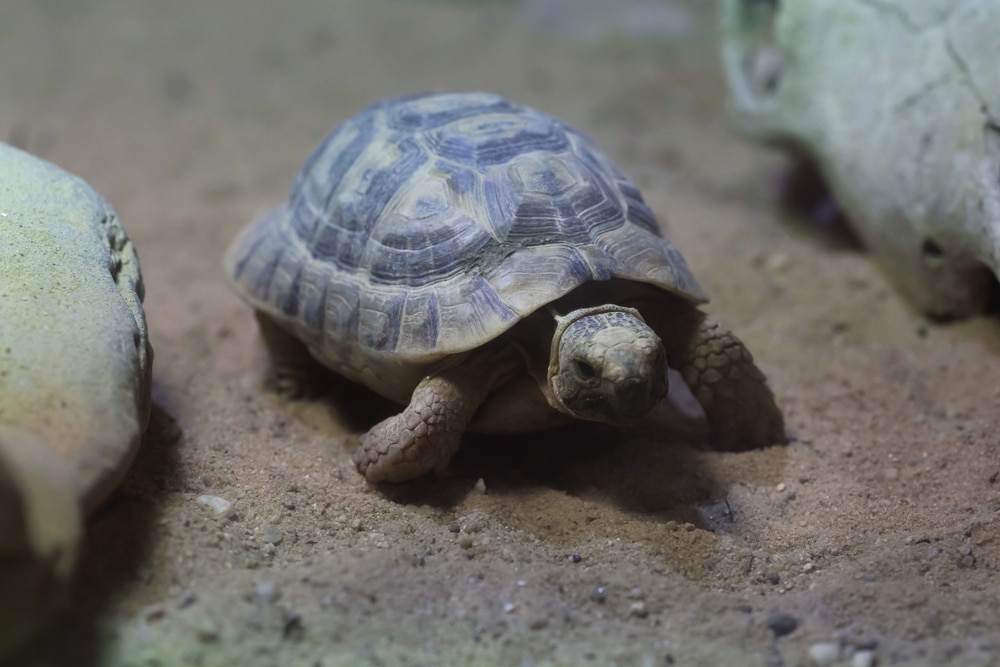 When Will My Russian Tortoise Learn How To Mate?

Do you have any advice to share about a good way to tell if a successful mating has occurred?

The International Herpetological Symposium: Ideal For Teens
What Grammar Mistakes Do Folks Make When Writing About Herps?
Bearded Dragon Not Eating

Question: I’ve had Russian tortoises (Agrionemys horsfieldii) for about four years now. I currently have three of them, a male and two females. One female, who I’ve had the longest, is about 7 inches in shell length; the other female is about 5 inches and the male is 4½ inches. I’ve had the male for about two years, and the second female about one year, to dilute the male’s advances on the lone female. Once daily, the male tries to mount the females, typically the smaller one, but he’ll try either, and he once even tried to mount a kohlrabi bulb! 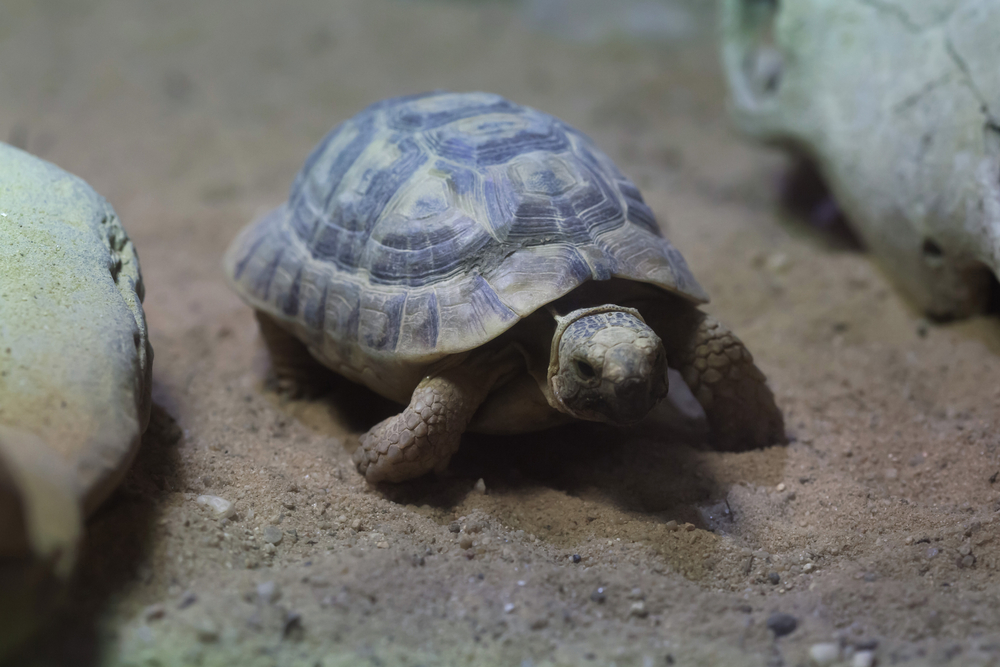 Do you have any advice to share about a good way to tell if a successful mating has occurred?

Unfortunately, he often seems to mount the wrong area of the females, often their sides or even their fronts. Neither of the females has ever shown any signs of being gravid, and although I often offer an egg box, neither has tried digging in it. The male has been trying to mate for about 18 months, although he paused during the winter, even though I made no attempts to hibernate them.

I suspect he may not be old or large enough to successfully mate, but I am somewhat concerned about the females getting egg-bound, as well as whether the male will ever figure out the appropriate way to mate. Do you have any advice to share about a good way to tell if a successful mating has occurred? Should I expect the male to continue his failed attempts even as he grows, or will he eventually learn the right way?

Answer: Your male will eventually learn the right way to mate. Nature will take care of that. You can tell if a female is gravid by her behavior. Know her normal behaviors so that you can recognize changes. Watch her appetite and movement. Does she pace the enclosure? Does she dig several test holes? You mentioned how long you had your tortoises, but you didn’t say if that corresponded with their ages. Most tortoises won’t start to mate until they are 15 to 20 months old, and even then, it might take a while for them to produce eggs. Make sure that you provide your females with a good form of calcium and the UVB lighting they need, as they will require extra to support egg production.

Loading...
Newer Post
More Than 6,000 Indian Star Tortoises Seized From Wildlife Traffickers in 2017
Older Post
Who's Who In Reptiles: John Mack Of Reptiles By Mack
Advertisement