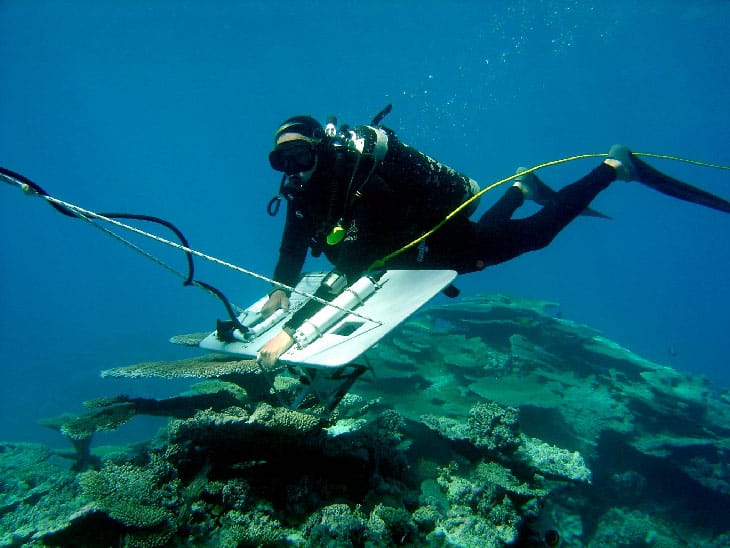 Populations of green sea turtles (Chelonia mydas) in and around Hawaii and American Pacific island territories have increased, sometimes by an average of 8 percent each year since scuba diving researchers becan counting them in 2002, according to a study published in the PLOS One journal. The researchers went around 53 islands, atolls, and coral reefs in the U.S. Pacific from 2002 to 2015 and counted more than 3,400 sea turtles, 90.1 percent of which were green sea turtles. Sea turtle counts around Hawaii experienced an 8 percent increase, while the number of sea turtles around American Samoa and the Mariana Islands increased by an average of 4 percent a year. 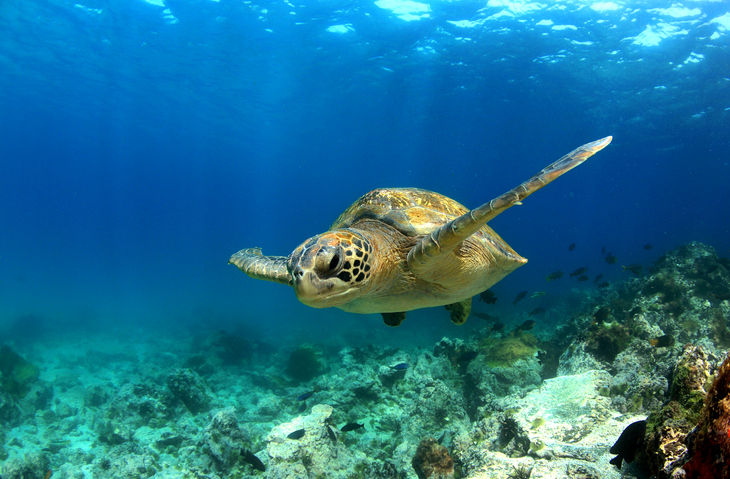 Green sea turtle populations around Hawaii and U.S. Pacific islands are up markedly.

The study also counted hawksbill turtles (Eretmochelys imbricata) and found their numbers still struggling when compared to other species.

“We didn’t spot enough of hawksbills to be able to analyze their population trends over time, ecologist and study coauthor Sarah Becker said. “It’s a sign that their population is really struggling.” Becker coauthored the paper with Brainard and Kyle Van Houtan, a conservation ecologist.

The researchers were towed behind slow moving boats, one hour at a time, over coral reefs where they saw the turtles in their natural habitat.

“It’s a spectacular way to see the reef system, one hour at a time,” Brainard said. “They’re just so graceful. We’d see them sort of gliding along or sleeping in the caves and overhangs of the reefs.”

The researchers also floated past sunken ships leaching iron and large fishing nets that had snagged on the reefs, breaking corals and entangling marine organisms in their netting.

The researchers attribute the Endangered Species Act in helping the reptiles recover, at least in the Hawaiian islands and other U.S. Pacific territories. While the green sea turtle is listed as endangered, the hawksbill turtle is listed as critically endangered. Sea turtles are at risk from continued harvesting for food and their shells, especially from countries like China. They also end up as fisheries bycatch, and are often victims of marine plastics and other pollution, habitat loss and degradation. Their coral reef feeding grounds are also at risk due to environmental and anthropogenic stressors.

The complete paper, “Densities and drivers of sea turtle populations across Pacific coral reef ecosystems,” can be read on the PLOS One Journal website.