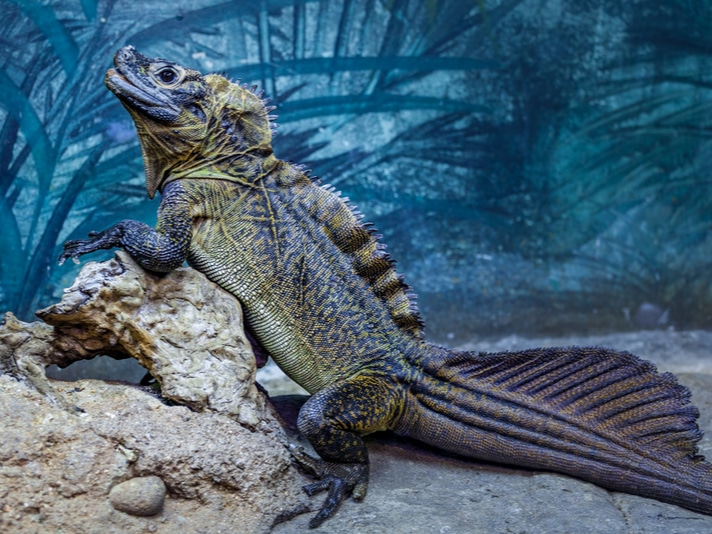 The Philippine sailfin lizard is listed as vunerable by the IUCN.

A family that has been feeding Philippine sailfin lizards (Hydrosaurus pustulatus) near their home in the southern Philippines for more than 10 years has spurred the government to push for the river area in which the family lives as critical habitat for the reptile. 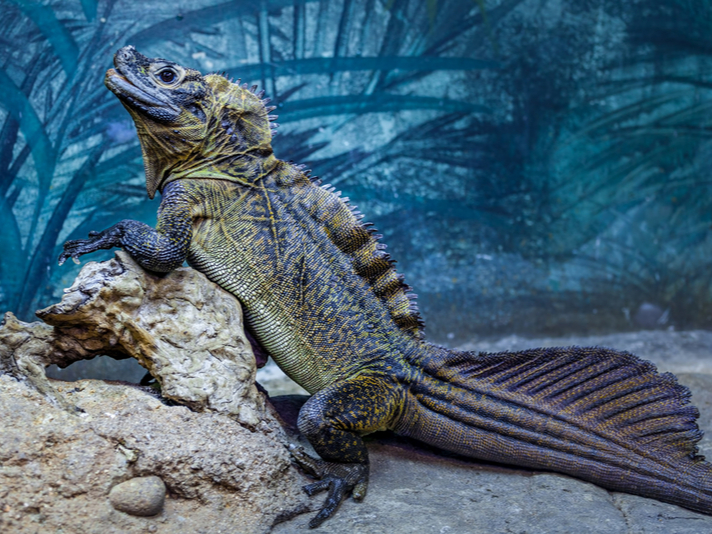 The Philippine sailfin lizard is listed as vunerable by the IUCN.

Rodulfo Dael and his wife, Alma have been working to protect the reptiles in their village in Jasaan, Misamis Oriental, for more than 16 years after they first started feeding them.

“Back then, we saw these lizards out on the river’s edge and sometimes along the grass and vegetated area but they had been very elusive.  But in 2002, while we were eating at our porch, three small lizards appeared, we threw a banana at them then they started eating. After that, they kept on coming back to our porch facing the river. Eventually, we came to love the lizards and it has since been our advocacy to protect them,” Rodulfo Dael told ABS-CBN News.

So started a relationship that the Dael’s have had with the lizard that some folks call little dragons. The couple have even protected them from hunters.

“Back then, many who would come and hunt them down, they would kill them using rifles or handgun or even homemade weapons and sometimes they would come and wait underneath the tree where they would rest and use nets to catch them in vast numbers. I would go out and try to fight the hunters off or shout at them when they are on the other side of the river,” he said.

The provincial government of Misamis Oriental, which is working with the Dael family to protect the reptiles, is also working with the country’s Department of Environment and Natural Resources’ Protected Area Management and Biodiversity Conservation Section (PAMBCS-DENR10) to declare about three hectares of land near the Solana River designated as critical habitat for the species.

“We have already finished our survey, we are now in the final stages in completing the mapping of the area,” Donato H. Bojo, zoology technician of the PAMBCS-DENR10 told ABS-CBN News. “We will then submit all the data back to Manila, and then have the declaration signed. Hopefully, we would be able to get about 3 hectares along the Solana River,  20-meter area along the other side of the river as part of the protected area under the declared critical habitat since houses have not yet occupied the area. On the other side where you already have the concrete dike and the houses, hopefully, the residents will be able to help us with the implementation,” said Bojo.

Angel Alcala, named National Scientist of the Philippines in 2014, and an authority on the country’s amphibians and reptiles, community ecology and biogeography, said the situation with the sailfish lizards, and the Dael’s of Jasaan, is unique in the country, something that he has never witnessed.

“This is a very unusual phenomenon for these sailfin lizards. Never have I heard or seen in my long travels and research that such a strange occurrence of these species that have built a community and strongly bound with a family in this village in Jasaan. We need to address and raise concerns towards the protection and preservation of these lizards,” Alcala told ABS-CBN News.

Hydrosaurus pustulatus were exported from the Philippines in the late 1980s and early 1990s but that has since stopped when the country decided to protect the lizards. The sailfin lizard can grow to more than 4 feet in length with females usually smaller than males. They weigh up to 5 pounds and can live more than 20 years. They are listed on IUCN as vulnerable with the main threats being habitat loss by legal and illegal logging in the Philippines as well as the illegal food and pet trade.