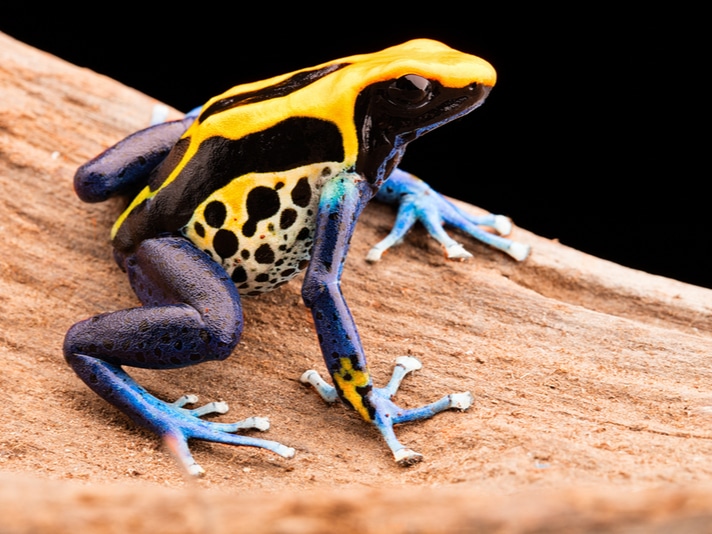 Poison dart frogs are an interesting amphibian in that their coloration is known to be a warning sign to would be predators. These frogs are bright in coloration that just screams “danger.” New research coming out of McGill University in Canada suggests that the bright coloration of the dyeing dart frog (Dendrobates tinctorius) also acts as camouflage. 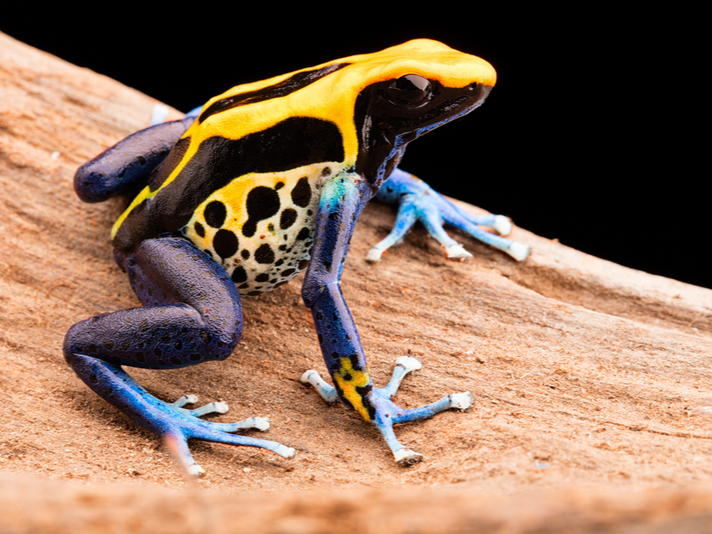 “Certain predators have evolved tolerance of toxins that would be deadly for humans, and some individual predators may have not encountered the warning signal prey before, McGill University's Jim Barnett, lead author of the study “Distance-dependent defensive coloration in the poison frog Dendrobates tinctorius, Dendrobatidae," and just published in the Proceedings of the National Academy of Sciences of the United States of America.

“So, colour patterns that could be distinctive close-up, but work as camouflage from a distance, would provide a clear advantage.”

Barnett and his team of researchers conducted fieldwork in French Guiana and combined that work from the jungles with computational modeling and laboratory visual search experiments to determine how the dyeing dart frog coloration warns but also conceals itself in the jungle. Their research found that the frog is very conspicuous at close range, but from a distance, its colors effectively blend into the background, camouflaging, or hiding the amphibian in plain sight. They determined that the frog's color pattern enables it to blend in with its background. When a predator finds it, its bright coloration signals a warning to those predators that would want to eat it.

“How many other animals use ‘distance-dependent coloration’ to balance competing evolutionary pressures is yet to be explored," Professor Innes Cuthill from the University of Bristol said in a press release put out by McGill University.

“Being able to signal when close to a would-be mate, whilst remaining inconspicuous to more distant predators would seem beneficial. So too for human applications such as military camouflage, where recognition by allies is as important as concealment from foes. Also, signage that only need be clear at the distance where the information is needed, but might be distracting if detected earlier.”

So, the dyeing dart frog's coloration supports the best of warning and camouflage, producing bright colors to warn predators and also to evade them via camouflage, without compromising either.

Dyeing poison frogs are unique in that the male of the species cares for its young up to a point. At around 2 inches in length, dyeing poison frogs are one of the larger species of poison dart frog. They are prevalent in parts of Guyana, Brazil, Suriname and French Guiana. Mildly toxic in the wild, dyeing poison frogs (Dendrobates tinctorius) are known for their yellow and black coloration that screams poisonous to those animals that would want to eat them, but some frogs of this species have coloration patterns that vary widely from individual to individual and that these color differences and how the frogs move about affect how potential predators see these frogs.