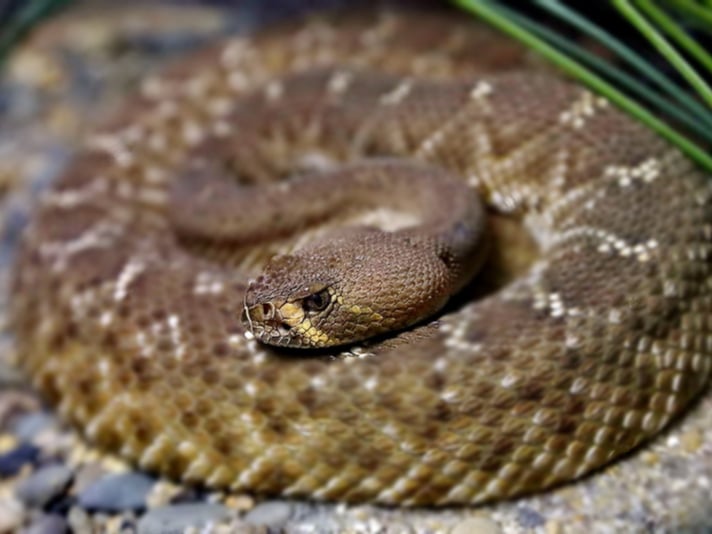 Indian Farmer Survives Bite On His Penis From Levantine Viper

Also known as the blunt-nosed viper, the Levantine viper can grow to more than six feet in length.

A farmer in India who was relieving himself in the field in which he tills was bitten by a venomous Levantine viper (Macrovipera lebetina), right on his penis, according to a paper in the New England Journal of Medicine. The unfortunate man, 46, went to the emergency room of a hospital in Sringar, in the northern state of Jammu and Kasmir about three hours after he was bit. Doctors there reported he had a “grossly swollen penis” that had signs of hemorrhagic bullae at the site where the venomous snake sunk its fangs.

The farmer was successfully given doses of antivenin and was released 36 hours after the first treatment was administered. The swelling subsided four days after he was discharged from the hospital, though necrotic tissue, or scabs formed at the puncture sites. The journal reported that the man made a full recovery.

If you wish to see graphic images of the bite site, please visit the New England Journal of Medicine website.

Also known as the blunt-nosed viper, the Levantine viper can grow to more than six feet in length and is notable for its large triangular head. Its color ranges from pale gray to tan, brown and sometimes pink, depending on locality. It is nocturnal and is said to be slow and somewhat lethargic in its movements. It does deliver large amounts of venom that causes hemotoxic effects, which cause pain, swelling and tissue damage at the bite site.