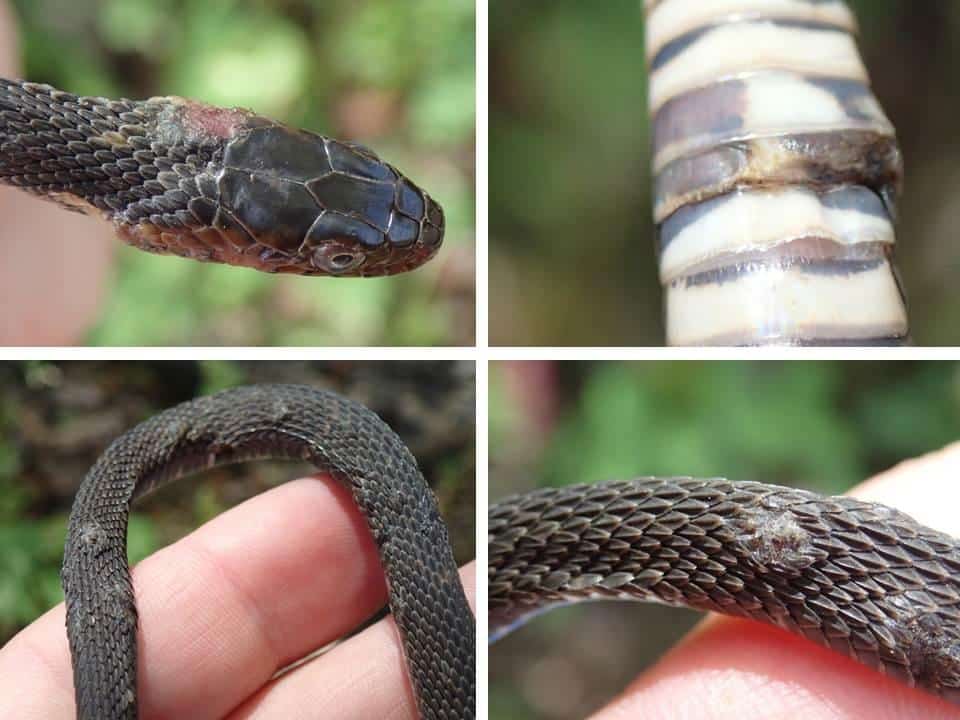 The strains of SFD in Europe are distinct from the strains found in North America.

Aussie Reptile Enthusiast Bitten By Inland Taipan Snake
Reptile Rescue In Devon, United Kingdom Closes After 10 Years Helping Herps
What Would You Do if a Monitor Lizard is Knocking at Your Front Door?

A study conducted by the Zoological Society of London,  U.S. Geological Survey and other partners have determined that the fungus Ophidiomyces ophiodiicola has been found in multiple species of wild snakes in the United Kingdom and the Czech Republic.

The fungus, which causes Snake Fungal Disease (SFD), was found in wild snakes of Europe between 2010 and 2016.

"Our team at ZSL found evidence of SFD in grass snakes (Natrix natrix) from the U.K. and a single dice snake (Natrix tessellata) from the Czech Republic,” lead author and wildlife veterinarian Dr. Lydia Franklinos said in a statement released by the USGS. “The analysis found that the fungus strains from Europe are different to those previously identified in North America – suggesting that rather than being introduced across the Atlantic, or vice versa, the disease could have been present below the radar in European snakes for some time.”

Lesions of a snake afflicted with Snake Fungal Disease.

Snake fungal disease was formally identified in 2015 as Ophidiomyces ophiodiicola. The first confirmed instance of the disease appeared in a captive rat snake and has since been found in several species of snakes in the United States, and now in Europe.

The following North American snakes are confirmed to have been exposed to the disease:

The following European snakes are confirmed to have been exposed to the disease:

The full study can be read on the Nature.com website.