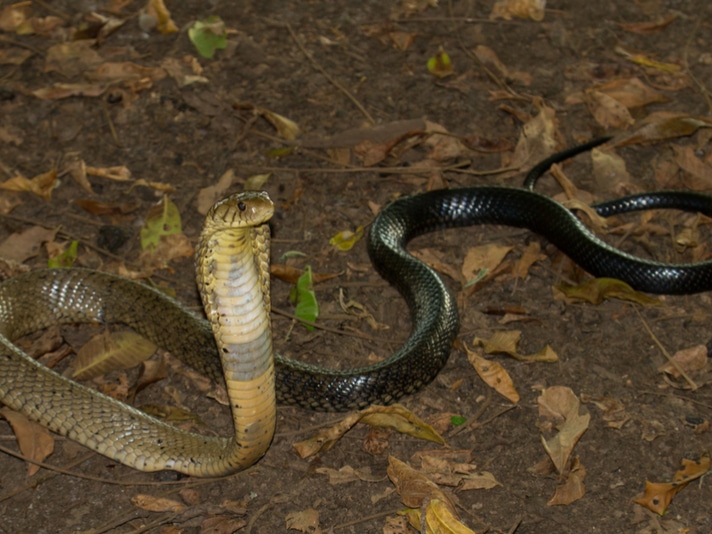 Researchers in England have determined that the forest cobra is actually five different species.

The forest cobra (Naja melanoleuca) also known as the black cobra and the black and white lipped cobra, is not one species, but is actually five different cobra species, (and two of which are new to science) based on new research coming from an international team of scientists who have released a paper detailing their findings. 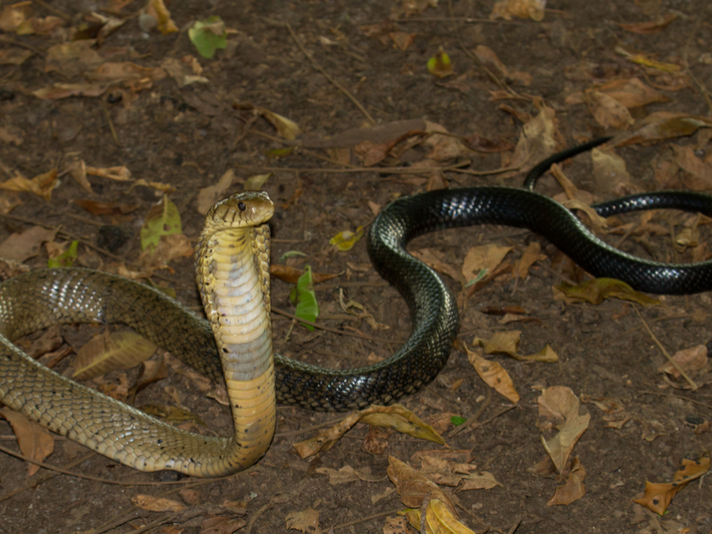 Researchers in England have determined that the forest cobra is actually five different species.

"Forest cobras are among the largest venomous snakes, reaching nearly three metres in length," Herpetologist Dr. Wolfgang Wüster of Bangor University's School of Natural Sciences said in a news release by Bangor University. "They are widespread and common in many parts of Africa, and also commonly kept in zoos, research and private collections. The fact that such an iconic snake can contain five cryptic species hiding in plain sight shows how much more there is to be discovered about the natural world. Unfortunately, even as we are making these discoveries, individual species will be disappearing before we even know they exist."

The researchers took a look at forest cobras with varying differences in coloration, thinking that the color was just a variation of the same species, but upon DNA analysis, they found that there were huge differences between the snakes, and the analysis determined that there were five different, species, two of which are new to science.

Prior to the research that determined that the snake was five species, the forest cobra was not considered a threatened species, but the newly recognized species, because of the fact that their geographical locations are smaller, may be less common, the researchers said. They could be at risk due to loss of habitat and hunting for human consumption.

The research is important not only for the sake of the snakes, but also for humans who get bitten by these reptiles. Different snakes often require different antivenins.

“These findings also have important implications for the treatment of snakebite," Nicholas Casewell of the Liverpool School of Tropical Medicine said in a statement released by the University of Bangor. "We know that venom composition can vary among snake species, and the finding that this widespread, medically-important, snake species is in fact five distinct species, means that more work needs to be done to ensure that antivenoms used to treat forest cobra snakebites are in fact compatible with all of these species.”

The complete paper, "Integration of nuclear and mitochondrial gene sequences and morphology reveals unexpected diversity in the forest cobra (Naja melanoleuca) species complex in Central and West Africa (Serpentes: Elapidae)," can be read on the Zootaxa website.