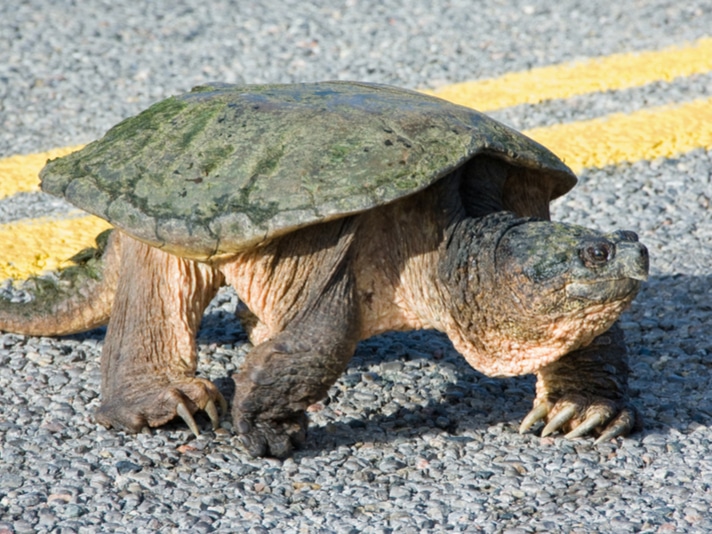 The Oklahoma Department of Wildlife Conservation says drivers should not attempt to move a turtle off the road in heavy traffic if no shoulder to park.

A man in Oklahoma who was trying to remove a turtle from the busy Route 66 was instead hit by a car, and then given a ticket by the Oklahoma Highway Patrol. 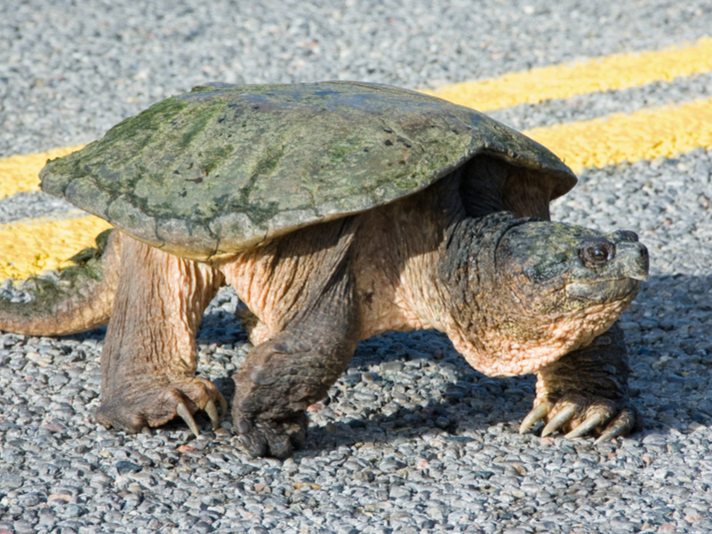 A snapping turtle crossing a road.

According to the Wichita Eagle, Phillip Smith, 79 stopped his car on Route 66 to try and “save a turtle” when another car hit his car, which in turn, hit Smith. Smith was taken to the hospital with a broken leg, and injuries to his head, chest and legs.  The driver of the other car was also cited, though it is unclear why both parties received tickets. It was not reported whether Smith was successful in moving the turtle off the road.

The Oklahoma Department of Wildlife Conservation says on its website that drivers should not attempt to move a turtle off the road if there is heavy traffic or if there is no shoulder to safely park a car. The website states that the only time a turtle should be removed is if there is light traffic and you can safely pull over onto a wide shoulder. It also details how you should carry the turtle so as to avoid injuring it.

Marc Murrell with the Kansas Department of Wildlife, Parks and Tourism last year told the Wichita Eagle he doesn’t recommend stopping to move a turtle because they can bite, and to never swerve to avoid hitting one.

“More often than not someone will be injured or killed trying to swerve to save an animal," Murrell told the Wichita Eagle. "It’s the same advice we give about baby birds; just let nature be wild. Nobody likes to kill turtles, but I value human life over a turtle’s life.”