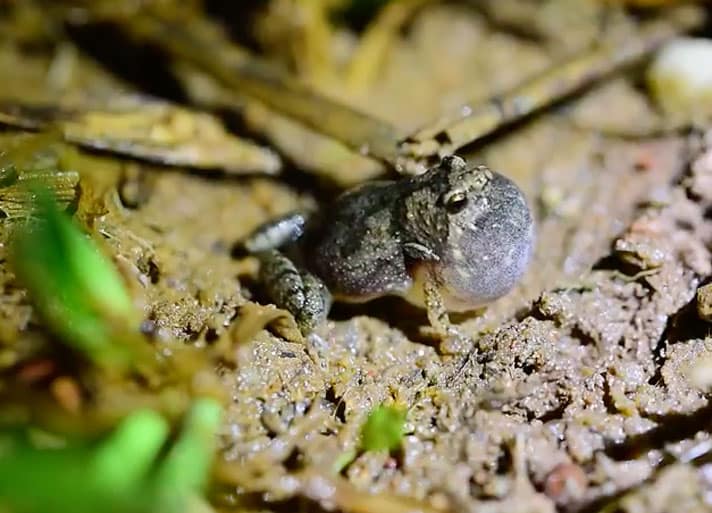 New Frog Species Of The Genus Microhyla Discovered In India

The Northern Leopard Frog: From Egg To Frog
Southern Grass, Alpine Bog Skink At Risk Of Extinction Due To Australia’s Fires
Family Feeding Sailfin Lizards For 10 Years Spurs Authorities To Push For Critical Habitat Near Their Home

Researchers have discovered a narrow-mouthed frog of the family Microhylidae living smack dab in the city center of coastal Mangaluru in the state of Karnataka in India. It is is the 10th Microhyla species from India.

The amphibian, Microhyla kodial lacks a lateral body stripe, no webbing between the fingers and a tuberculated dorsal skin surface. The researchers also note that the frog has a short breeding season, which they say is limited to the rainy season, from June to September. Females lay up to 300 eggs per clutch.

What is notable about this species is the fact that it was first discovered living in an urban industrial area comprised of petrochemical, chemical and refineries, and near a seaport. It was found in high numbers and the researchers believe that it has adapted and is tolerant to the man made living environment in which it was found. Its more natural environment is described as marshy vegetation and open grasslands. 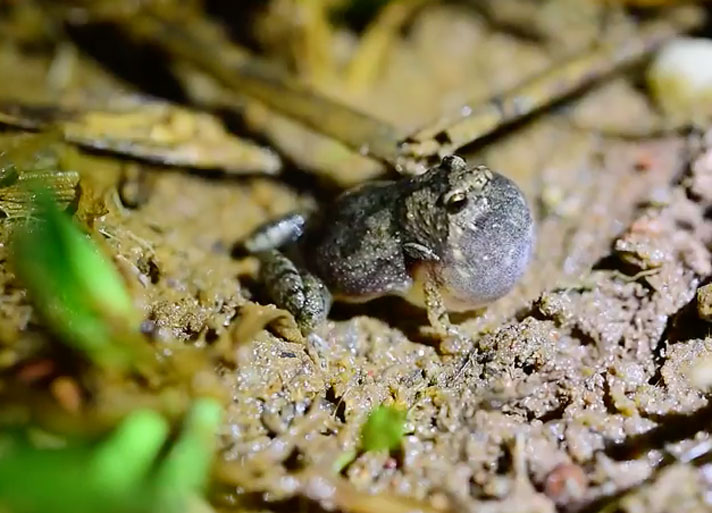 Microhylidae are known as the narrow-mouthed frogs. There are 584 species in the family, of which there are 61 genera and 11 subfamilies, the largest genera in the frog world. They are wide ranging, from North and South America, to Africa, eastern India, Southeast Asia, Sri Lanka, New Guinea and even Australia. They are smaller frogs, generally about 1.5 cm in length, though some grow as large as 9 cm. They can be found in trees as well as on the ground under leaf litter. The narrow-mouthed frogs are known to feed on termites and ants, but some species have diets that include other insects as well.