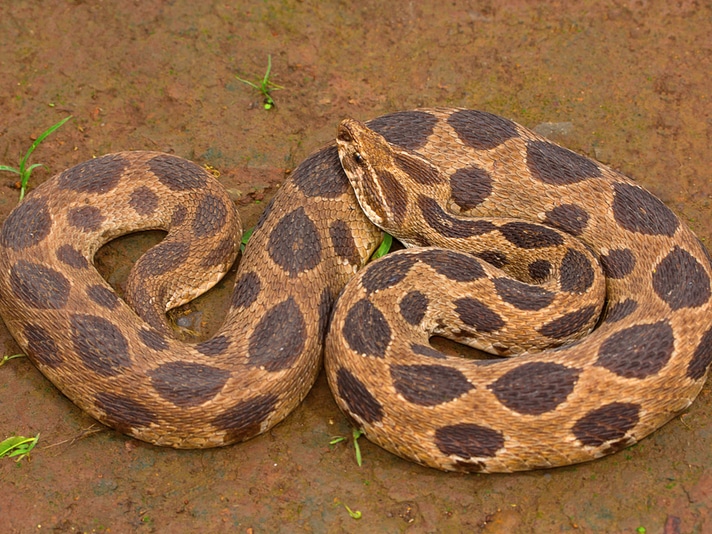 What One Drop of Russell’s Viper Venom Does to Blood

Russell's viper is known to cause thrombosis, or clotting of the blood.

The Russell’s viper (D. russelii,) is considered to be one of the most deadly snakes in the world. Its range includes the countries of Pakistan, Sri Lanka, Myanmar, Indonesia, and Taiwan. The nocturnal species has venom that is hemotoxic, which causes the destruction of tissue. Death occurs from cerebral hemorrhage and kidney failure.

In certain areas of its range, the venom of this snake has a strong neurotoxic effect that causes muscle paralysis and respiratory distress.  It is well known that the venom of the Russell’s viper is effective in causing thrombosis, or what is widely known as blood clotting. What you see in the video is how fast acting the venom is on blood.

The Russell’s viper grows to a maximum of around 5.5 feet in length with most specimens averaging around 4 feet in length. It is a terrestrial species and is often found in villages in the countryside as well as in highly urbanized areas. It feeds mostly on rats, and wherever there are humans, rats usually follow.