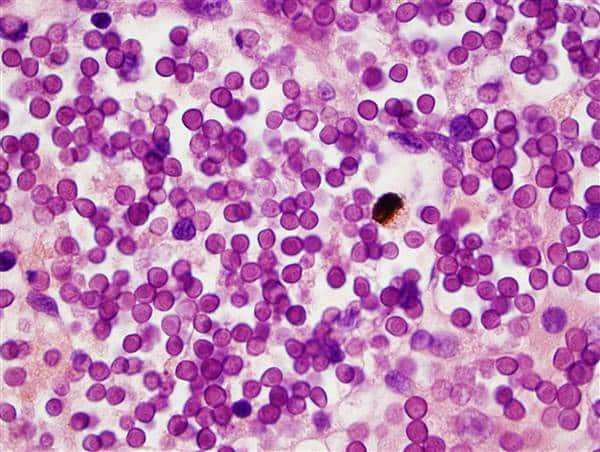 The parasitic disease is a single-celled microbe related to oyster parasites.

Chytrid fungus has been decimating amphibian populations around the world for years, and now a new disease completely unrelated to chytrid, has been found in tadpoles in five countries and it is highly infectious. The parasitic disease is a single-celled microbe that the scientists call Perkinsea-like protists. It is a distant relative of oyster parasites. 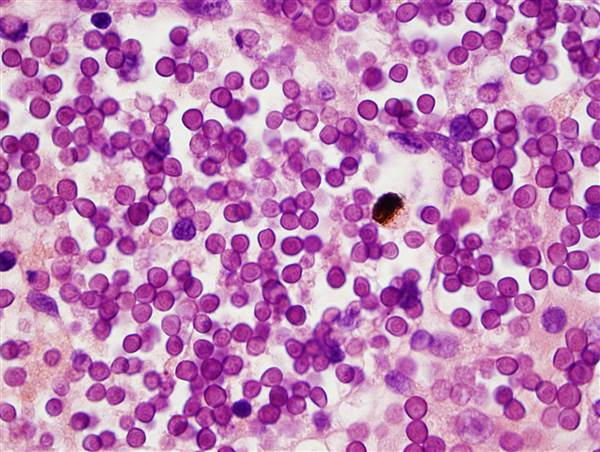 This image is of a tadpole liver magnified 100 times. The dots are the protist parasites that have been stained purple. The tadpole was part of a mass die-off in 2006.

The protists have been linked to a mass die off of tadpoles in a lake in Georgia back in 2006, and they attribute it to several outbreaks in the eastern United States in the last several years.

They analyzed the microbe and determined that it was related to Perkinsus sp. a marine protist that has devastated commercial shellfish populations. They then tested for Perkinsea-like lineages in the livers of 182 tadpoles
from different frog families and found that the microbe was present in 38 tadpoles from 14 genera/phylogroups from five countries across three continents.

The scientists now need to determine if the protists cause significant disease in the amphibians and if they are contributing to the decline of frog species around the world.

Here is a link to the  complete paper, Cryptic infection of a broad taxonomic and geographic
diversity of tadpoles by Perkinsea protists.

Loading...
Newer Post
What One Drop of Russell’s Viper Venom Does to Blood
Older Post
For The Sake Of Reptiles And All Living Things, Put Litter In Its Place
Advertisement