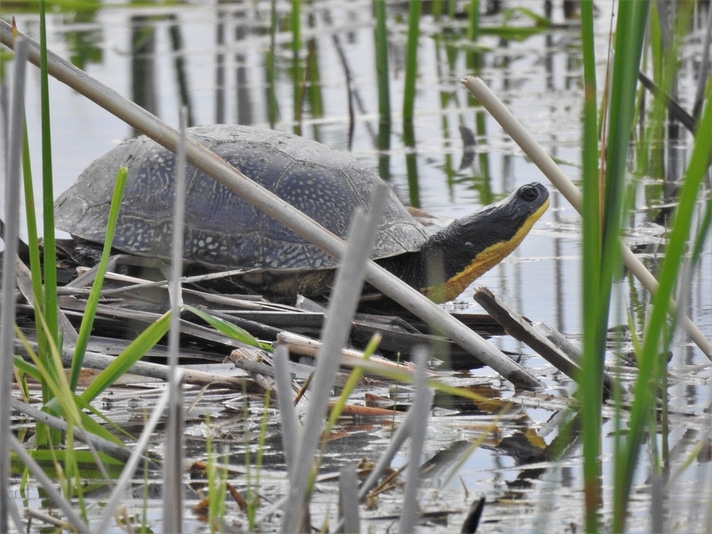 If you live in northern Nebraska or are planning to visit soon, and you love Blanding’s turtles (Emydoidea blandingii), then Valentine National Wildlife Refuge might just have a job for you. The refuge is looking for volunteers to help repair turtle fences that keep the reptiles from ending up on the road outside the refuge. 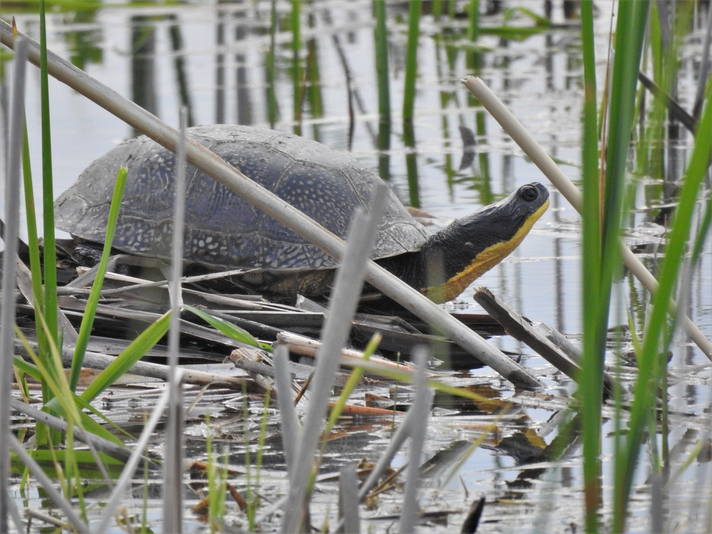 The fences were first installed in 2001 when a highway was approved that runs through the refuge. The chain link fencing, which directs the reptiles to  has begun to fail in certain spots, directs the turtles to underground wildlife corridors, so they avoid the dangers of the road above. Not only do the turtle tunnels benefit the Blanding’s turtles, snapping turtles, painted turtles, yellow turtles and mud turtles also use the tunnels, as do minks, weasels, raccoons, and other small species.

Over the course of the last 17 years though, cars have hit the fence damaging it, and erosion has left openings in the fence, enabling the turtles to get through. There has been less turtle mortality in that same time frame, according to the Lincoln Journal Star.

“I’ve heard from ranchers who are pretty leery of any of these new projects impressed by how many fewer turtles are hit along the highway,” Juancarlos Giese, the refuge manager told the Lincoln Journal Star. “It doesn’t just protect turtles,” he said. “It protects public safety as well.”

The Sandhills Prairie Refuge Association have scheduled a fence-fixing project June 16 and is asking volunteers to bring pliers, shovels, and orange safety vests if they have them.

"They're [the breaches in the fencing] not real bad yet, but there are places the turtles are getting through," Mark Lindvall, former refuge manager who oversaw the installation of the fencing back in 2001, and current president of the Sandhills Prairie Refuge Association, told the Lincoln Journal Star.

Materials to fix the fencing will be provided by the Nebraska Department of Transportation and the refuge. The organizers are hoping that the project is complete June 16, and if it isn’t a second day may be added to shore it up.