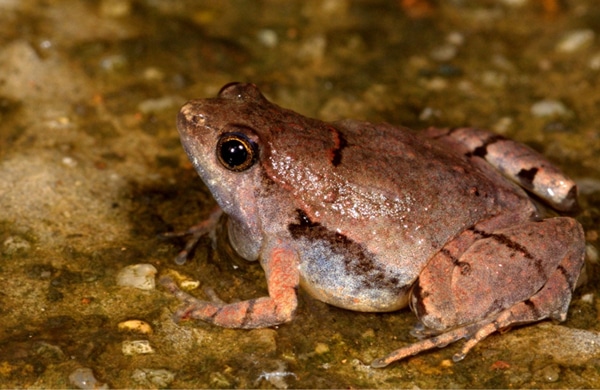 An independent researcher from India teamed up with herpetologist with the National University of Singapore and discovered a new species of narrow- mouthed frog living in rock formations on the coastal plain of India. 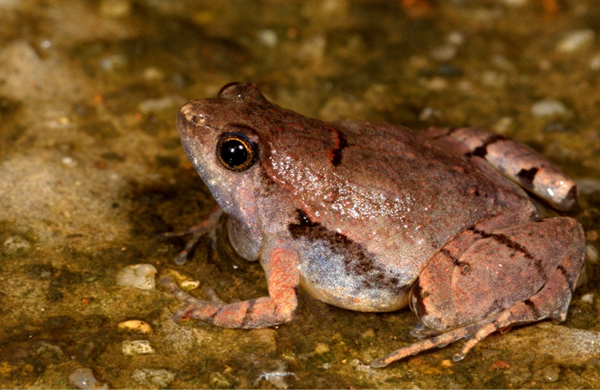 Microhyla laterite is named after the laterite rock formation in which it inhabits.

The frog, Microhyla laterite is so named after its natural habitat in the hopes that it will help to draw attention to the ecological importance of the laterite rock formations.

These laterite areas are considered wastelands in the country of more than 1 billion people. They are used as dumping grounds and are mined for construction materials, which could be detrimental to the frog’s habitat, according to ChannelNewsAsia.

Mr. Ramit Singal, an independent researcher first discovered the frog living in the laterite rock formations. Singal then consulted with Mr. Seshardri KS, a Ph.D candidate with the Department of Biological Sciences at the NUS Faculty of Science. Seshardri then led a research team that described the new species, of which the paper was just published in the PLOS One Journal.

They believe the frog should be listed as endangered based on their assessments of the amphibian.