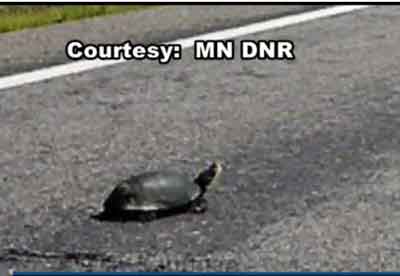 Tunnel system imported from Germany may be prototype for future turtle tunnels in Minnesota.

May Township in Minnesota has installed its first ever turtle tunnel in an effort to safely help turtles cross under a busy road near Washington County's Big Marine Lake. The system, imported from Germany consists of a series of cement blocks that have been hollowed out to form a tunnel and are assembled to fit across a dug out culvert. The top of the tunnel blocks are also have slots on top that allow light to penetrate the tunnel, giving turtles encouragement to enter the tunnels to cross the road. Outside, there are also fences that herd the turtles toward the tunnel to further stimulate them to use the tunnel.

Peter Mott, the planning director for the Washington County Parks Department told KARE 11 News that the introduction of the turtle tunnels is hoped to help turtles to safely cross the road, and to prevent people from stopping to help turtles cross the road, which is dangerous. The tunnel is located on a part of the road that experiences high mortality rates not only for turtles, but for snakes and salamanders as well. 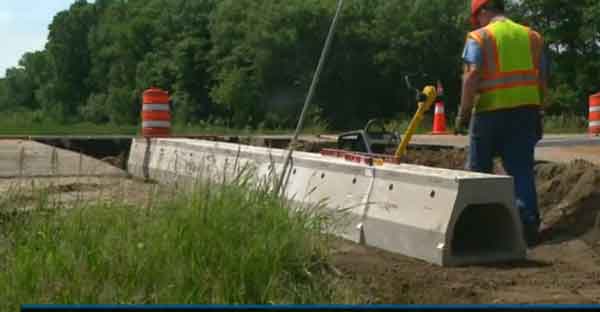 Chris Smith of the Minnesota Herpetological Society told the news station that the local turtles migrate across the road each year, with the largest migration occuring in the spring when they leave their winter homes for nesting areas on the other side of the road.

The tunnel is part of a two year $50,000 study that will help researchers determine how the reptiles use the tunnel. It is funded by the Minnesota Department of Natural Resources, the University of Minnesota and the Minnesota Herpetological Society.