What Reptile Would Make An Ideal Breeding Project?

With beardies and ball pythons saturating the market, what is the next breakout star in the reptile hobby?

U.S. Herping Hotspots From East To West
Woman Doesn't Give Up Found Bearded Dragon Despite Pleas From Owner
Check Out This Albino Sea Turtle Hatchling Video

Question: I’ve been breeding bearded dragons and have it down pat.  I’d like to work with something new that would be popular but isn’t offered by the mega-millions already.  But what should I work on, and where would I get healthy breeding stock if it’s a species that hasn’t yet been widely bred?
Luke Carson, Jersey City, New Jersey

Answer:  I have a slight dilemma: I’m uncertain how to respond to your question without sounding discouraging, when what I want to do is actually encourage you? 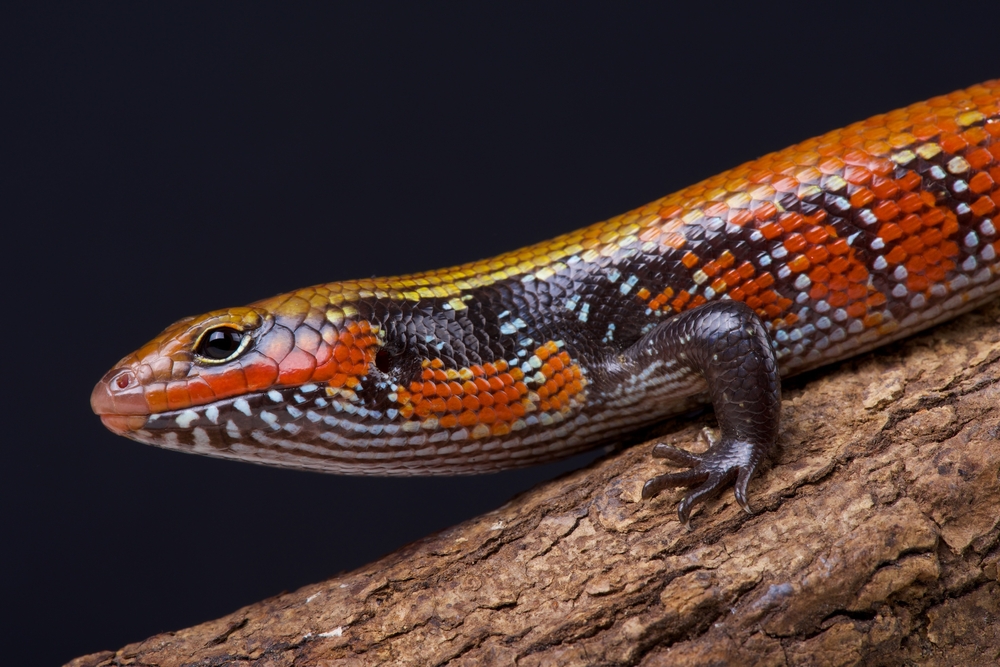 Because the author has not heard of captive-bred fire skinks (Riopa fernandi) being offered for sale, perhaps this species would be a good candidate for future herpetocultural endeavor.

I think it’s safe to assume that your initial bearded dragons were captive bred.  I’ll also assume you had access to quality information about their husbandry and breeding, as there is certainly enough info available from various sources, not to mention knowledgeable keepers at every herp show. This wealth of information can essentially make breeding bearded dragons a cinch, which is a good thing for you and everyone else in the hobby.
This doesn’t mean, however, that you should expect your next breeding endeavor to go quite so smoothly if you settle upon a candidate species such as you described.

Choosing a target herp on which to concentrate is getting harder for a couple reasons.  First off, the field has already reached a “comfortable” upper limit concerning the number of species necessary to provide adequate variety for the masses. Just as with tropical fish, 20 to 30 species is the number that appears to satisfy the appetites of the majority of novice pet keepers. You’ll seldom see more than 30 different kinds of reptiles offered in any retail shop that doesn’t specialize in them.

As a private breeder, you may want to set your sights on producing smaller numbers of more valuable species. In this case, the field is still relatively wide open, but you could be delving into uncharted territory because you’ll likely be considering imported animals that haven’t yet been reproduced in captivity, or even tried before.  This will be your second big challenge.

My first suggestion is to choose an animal that appeals to you, first and foremost. If you enjoy working with it, it will be a successful experience because you’ll simply have fun figuring out the “recipe” to best care for the animal, even if it ultimately fails to propagate for you. Never underestimate the personal enjoyment factor.

Because you stated that popularity is one of your goals, next employ a simple “hatband test” in making your decision. Essentially, is the animal’s color and pattern attractive to the average person? Show photos of the reptile in question to people, including non-herpers, and ask it they think the animal’s pelt would make an attractive hatband. This will help you roughly estimate how the species you’re considering will appeal to others on a broad scale.  (And, of course, I’m not suggesting that you go on to actually make any hatbands from any reptile skins).

Select your new target species in person if possible, so you can assess its health yourself. Acclimating specimens recently removed from the wild (e.g., fresh imports) often takes much more time and patience due to de-parasitizing, habitat simulation, specialized lighting, environmental cycling, etc.  And even if you think you’ve done everything right, fresh imports don’t always survive.

What many of today’s herpers don’t realize is that plenty of expense, failures and losses occurred before many of our most common pet herps became firmly established in the trade. There was still a learning curve to overcome, even with species that are now considered fairly easy to breed.
You may increase your chances of success with fresh imports if you acquire juvenile specimens or, better yet, gravid females if they haven’t undergone too much stress. Young animals are usually not yet set in their ways and meld into artificial environment conditions more readily than adults. They also more easily adjust to living in a new seasonal light cycle that may not match what they would have experienced in the wild,  and they will be as free of parasites as ever in their lives. These are all huge advantages that could shave years, even decades, off the time required to bring certain new breeding projects to fruition.