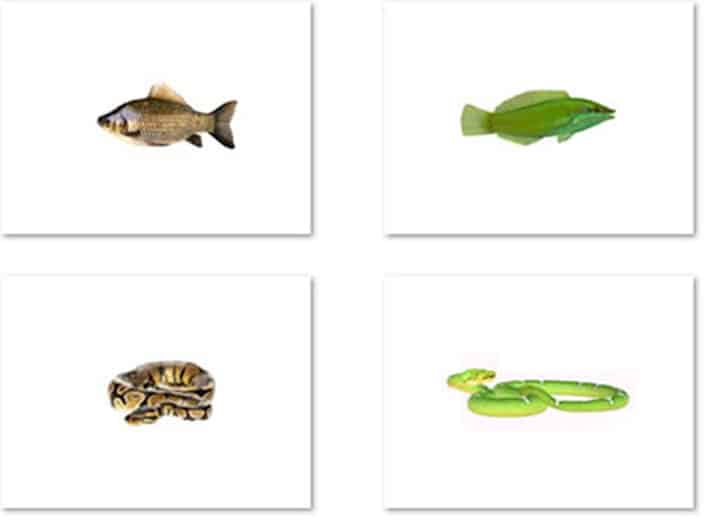 Could Fear Of Snakes Be Genetic? Study Says Yes

Humans have a built in fear of snakes, according to babies view of photos depicting the reptiles.

Anthropologist Thomas N. Headland wrote in a study (read an abstract of the study here.) published in 2011 that humans essentially have a genetic fear of snakes. This was based on his study of the Agta Negrito tribe in the Philippines, a tribe in which the average male weighs less than 100 pounds and live in the same area of the forests as reticulated pythons.

In 2017, researchers with the Max Planck Institute in Germany and Uppsala University in Sweden took the study a step further and wanted to know if there is a genetic fear of snakes and spiders. Their study was published in the journal Frontiers in Psychology, which can be read in its entirety here.

So, they tested a segment of the population that does not yet have fear instilled in them, at least not the fear of snakes: babies.

The babies were placed on their parents’ laps, with their parents wearing opaque glasses that prevented them from seeing the images shown to the babies, images of snakes and spiders on white backgrounds.

The reactions, the researchers say, suggests that humans are born with an innate fear of snakes and spiders.

The dilated pupils, the researchers say points to stress in the babies as dilation is associated with activity in the brain’s noradrenergic system.

"The current work, and indeed no existing work, has provided evidence that fear of snakes or spiders is innate," David Rakison, a psychology professor at Carnegie Mellon University who researches early infant development told National Geographic.

"Infants possess a specialized fear mechanism that means that they are 'prepared' to learn quickly that snakes and spiders are associated with a specific emotional or behavioral response," he said.

"There was a definite stress response in the brain," lead researcher Stefanie Hoehl told National Geographic. "It's a very long period of coevolution—nearly 40 to 60 million years of it, that early human ancestors and spiders and snakes have interacted.”

Could Headland’s study be bolstered by that of the  “Itsy Bitsy Spider…: Infants React with Increased Arousal to Spiders and Snakes” study? Both have come to the same conclusion, that we humans have a built in fear of snakes (and spiders).