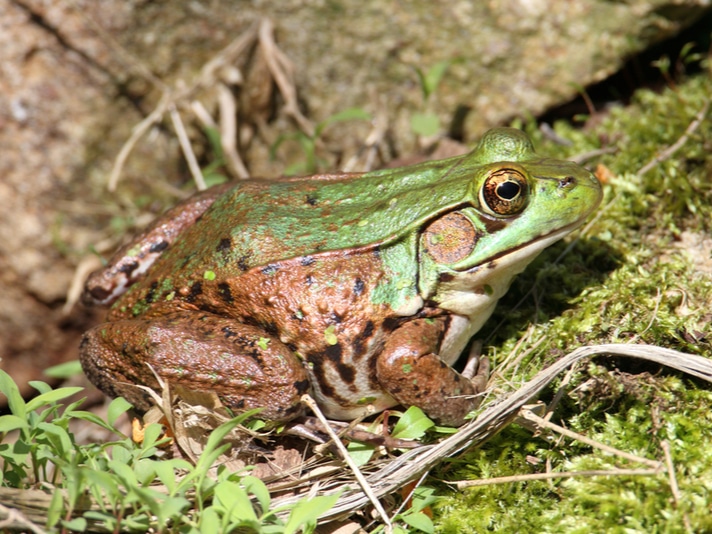 Estrogenic wastes are altering the sexuality of green frogs

A study of green frogs (Rana clamitans) in ponds in suburban Connecticut found that there are larger proportions of female frogs to males, and estrogenic wastes from naturally occurring plants and perhaps agricultural runoff and sewage systems may be playing a role in this uneven sexual orientation. The study, published in the September 7 Journal Proceedings of the National Academy of Sciences, was led by Max Lambert, a doctoral student at the Yale School of Forestry and Environmental Studies and Yale University researcher David Skelly. 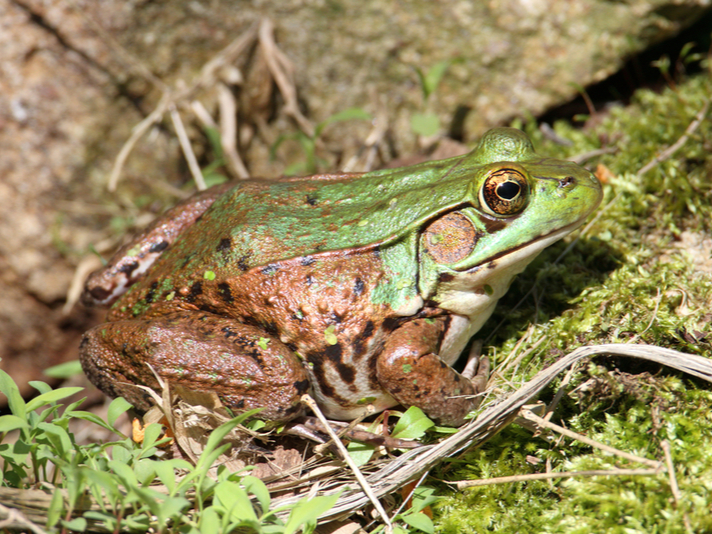 Study author Lambert also found in surprising that naturally occurring estrogen in certain plants, including clovers and other plants found on suburban lawns may be playing a role in the sex change. They speculate that the estrogen is coming from these lawns and septic and sewage systems, but they haven’t determined yet what the source was.

“This shows that endocrine disruption is a much more diverse phenomenon than we previously realized,” Lambert told Newsweek. Studies have shown that Atrazine, a pesticide used in agriculture, chemically alters the reproductive organs in male frogs.

The study did find traces of estrogenic chemicals that occur naturally in human excrement but did not find any synthetic estrogens such as what are found in birth control pills.