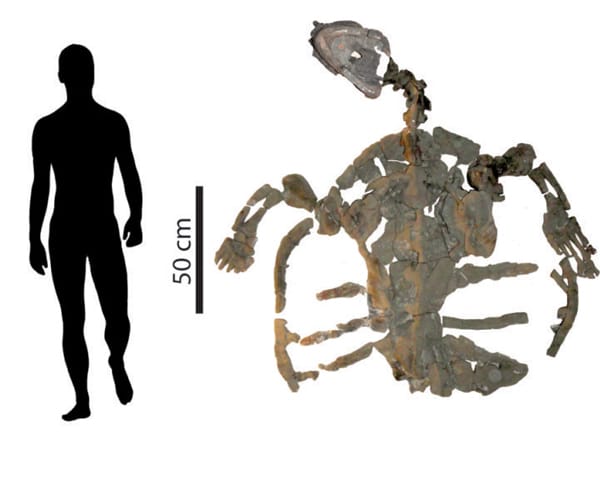 You think you know how old the oldest known sea turtle fossil is? Well think again because Santanachelys gaffneyi is no longer the oldest known sea turtle fossil. The distinction now belongs to Desmatochelys padillai sp, a nearly two meter long sea turtle that was discovered in Cretaceous sediments by hobbyists and examined  by researcher Dr. Edwin Cadena, with the Senckenberg Research Institute and J. Parham of California State University,Fullerton. 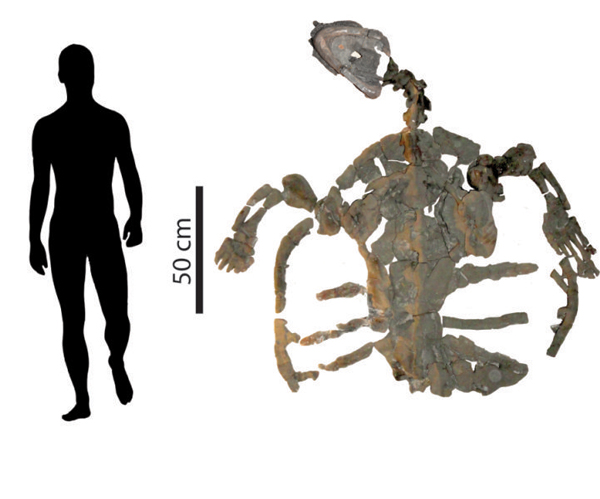 These turtle fossils are 25 million years older than Santanachelys gaffneyi, says the scientists who examined the nearly complete skeleton of 120 million-year-old Desmatochelys padillai that was discovered in 2007 by amateur paleontologists Mary Luz Parra and her brothers Juan and Freddy Parra. They found a nearly complete skeleton, four skulls and two partially preserved shells.

From these fossils, researchers Cadena and Parham looked at the morphological traits of the sea turtle and placed Desmatochelys padillai in the turtle group Chelonioidea. Based on the study of the fossils and the sediments that the fossils were found, Cadena and Parra determined that they were looking at the oldest known sea turtle to date. That is, until scientists find another species that proves to be older!