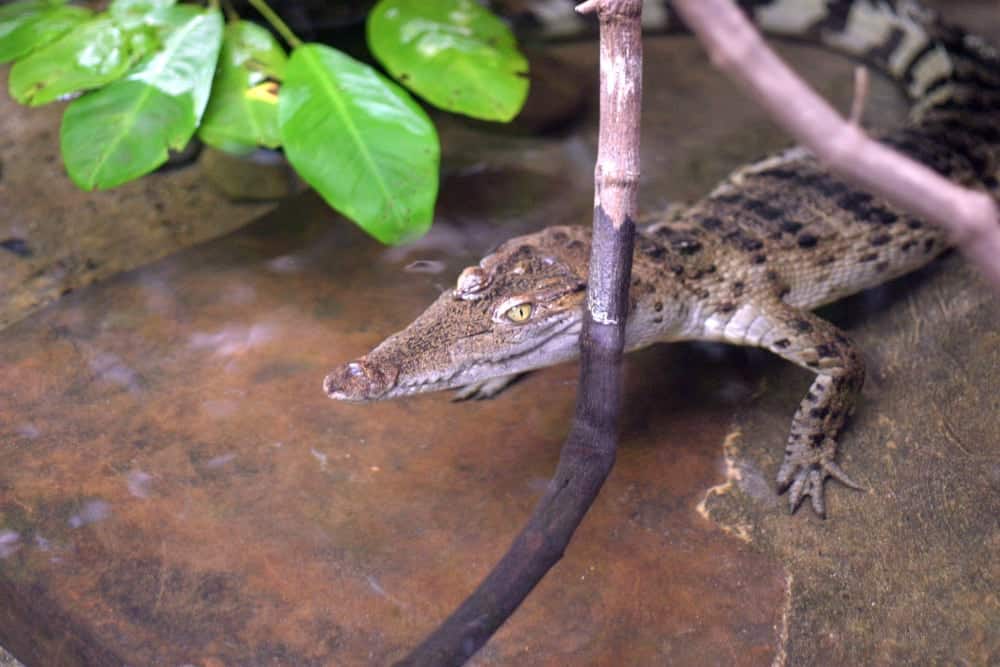 The most critically endangered crocodile species in the world, the Philippine crocodile (Crocodylus mindorensis) can climb steep hills, a behavior tha

The most critically endangered crocodile species in the world, the Philippine crocodile (Crocodylus mindorensis) can climb steep hills, a behavior that was unknown by researchers studying the species until now.

The reptile, which has seen steady declines that now there are an estimated 100 left in the wild, saw additions to the wild populations in 2013 when 36 captive bred crocodiles were reintroduced to Philippine crocodile habitat on Siargao Island in the Philippines, an island known around the world for its surfing than its reptiles. In 2017, 29 juvenile crocodiles were released.
Monitoring the species on the island led to a peculiar observation; the capability of this species to climb limestone walls with 50 degree slopes.

“These crocodiles can climb to as high as 16 meters [52 feet] or about more than two-story house equivalent and with 50 degrees steep slope limestone wall,” Rainier I. Manalo, marine biologist and program head for crocodile research at Crocodylus Porosus Philippines Incorporated (CPPI), a conservation organization dedicated to the species, told MongaBay. “This is the first time that anyone has recorded and observed this behavior which is very unusual.”

This capability, could help the researchers better devise a plan to protect and repopulate the species in the wild. Other observed behavior included the fact that the crocodiles bury themselves deeper into the mud/crevices close to the water line in an effort to stay cool during the dry season, when the temperatures are at their hottest in the island archipelago. Climbing higher may give the crocodiles a cooler place to thermoregulate.

“We cannot imagine how those crocodiles got up those crevices and small caves when we had a hard time climbing those slopes ourselves,” Manalo told Mongabay. “We might have been looking at the wrong places, and maybe that’s why we’ve only documented so few in the wild.”

The Philippine crocodile’s status remains critically endangered, though there is some positive things ahead for them as two juveniles were brought over from a captive breeding program at the Cologne Zoo in Germany. These two are the first of 12 that are slated to make the trip back home to be reintroduced into the wild.

How many Philippine crocodiles are left in the wild?