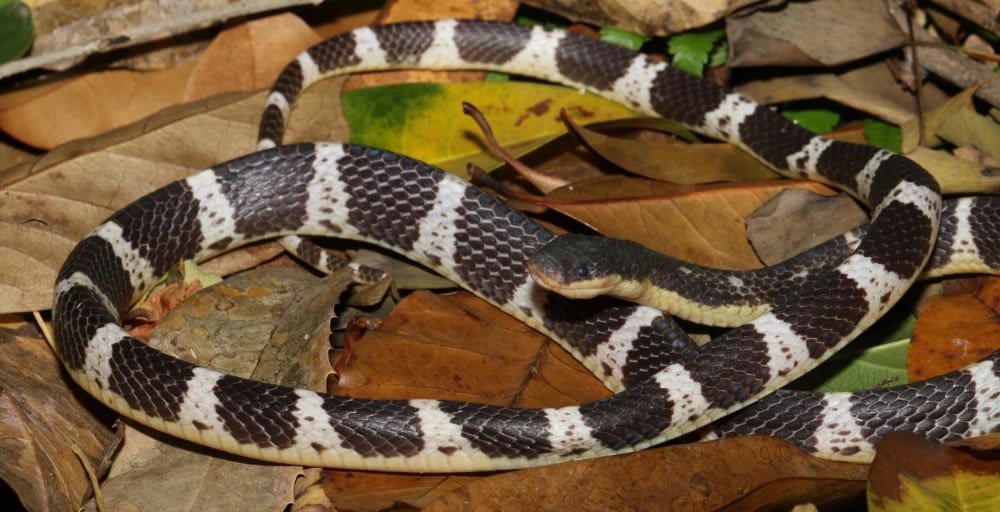 Chinese and German researchers have discovered a new to science venomous snake that was confirmed to have killed renowned herpetologist Joseph B. Slow

Chinese and German researchers have discovered a new to science venomous snake that was confirmed to have killed renowned herpetologist Joseph B. Slowinski in 2001.

The snake, Suzhen’s krait (Bungarus suzhenae) is named after Bai Su Zhen, the snake goddess from the Chinese tale “Legend of White Snake,” was discovered in Southwestern China and Northern Myanmar. According to the authors of the paper describing the new species, snakes of the genus Bungarus are of extreme significance medically and because all 14 species have black and white crossbands, they are difficult to identify because of their overlapping characteristics in morphology. Suzhen’s krait differs from other banded kraits in the shape of the crossbands, tail pattern, head pattern, mid body pattern, the maxilla teeth and hemipenial morphology.

The researchers discuss extensively the toxicity of banded kraits and how understanding the diversity of these 14 species is vital to saving people who suffer snakebites from these snakes. Venom compositions differ in each of these snakes, thus making it important to understand the difference in order to develop antivenin.

The complete study, “Multiple lines of evidence reveal a new species of Krait (Squamata, Elapidae, Bungarus) from Southwestern China and Northern Myanmar” can be read on the Zookeys/Pensoft website.

Snake Venom Evolved To Subdue Prey Rather Than For Protection, Study Says