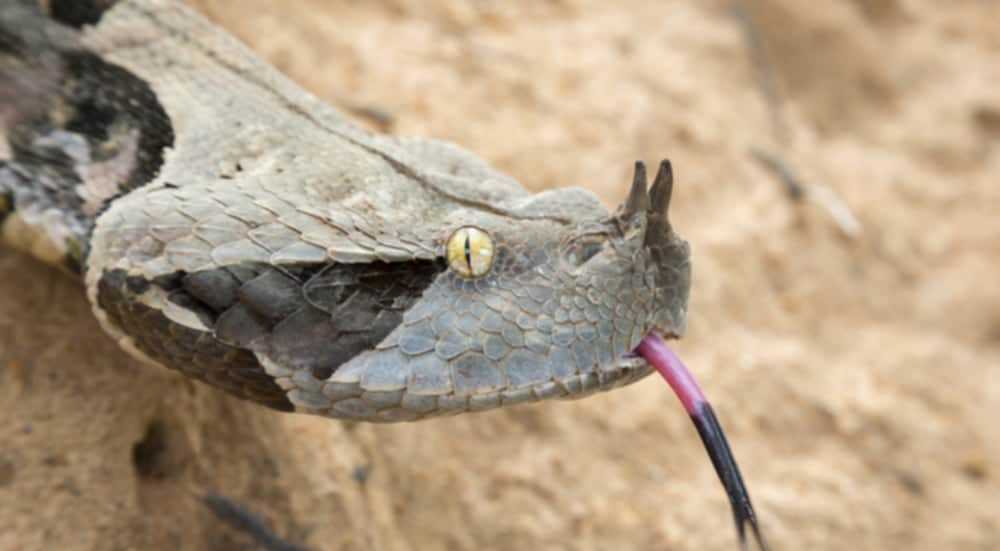 The DOJ, in its statement announcing the arrest of Rance, alleges that Rance shipped the reptiles in a package labeled tropical fish and lizards and ball pythons when in fact, the DOJ alleges, the package contained Gaboon vipers.

“Rance’s reckless shipment of venomous snakes and illegal possession of firearms demonstrate the dangers of wildlife trafficking,” Acting Assistant Attorney General Jean E. Williams of the Justice Department’s Environment and Natural Resources Division (ENRD) said in a statement released to the media. “I applaud our federal and state law enforcement partners for keeping the public and delivery couriers safe.”

“Illegal wildlife trafficking can have devastating effects, and our office will prosecute individuals found in violation of the Lacey Act and other environmental protection laws,” said Acting U.S. Attorney Peter D. Leary of the U.S. Attorney’s Office for the Middle District of Georgia. “I want to thank the U.S. Fish and Wildlife Service, ATF and Georgia DNR for their work investigating this case.”
“Wildlife trafficking is a serious crime that impacts species at home and abroad,”said Special Agent in Charge Stephen Clark for the USFWS Office of Law Enforcement. “I would like to thank the Justice Department, the Bureau of Alcohol, Tobacco, Firearms and Explosives, and the Georgia and South Carolina Departments of Natural Resources for their assistance with this case. Together, we have stopped highly venomous snakes, and our nation’s own wildlife, from being smuggled.”

Rance was also apparently in violation of Georgia laws, the DOJ said in the statement. The Lacey Act violations and firearms charges carries a maximum sentence of between 5 to 10 years respectively as well as a $250,000 fine.

The spotted turtles (Clemmys guttata) are small, beautiful and semiaquatic emydid turtles found from Maine to Florida along the Atlantic coastal plain. They are an endangered species. Box turtles are widely captive-bred. There are 14 North American species and 12 Asian species. Some of the popular box turtles kept as pets include the eastern box turtle (Terrapene carolina carolina), three-toed box turtle (Terrapene carolina triunguis), and the ornate box turtle (Terrapene ornata ornata). At two inches in length, the Gaboon viper’s (Bitis gabonica) fangs are the longest in the viper family of snakes. They reach lengths of about 3½ to 4½ feet, with some specimens reaching up to six feet. Native to central and east Africa, the Gaboon viper is also found in Zimbabwe and Zululand.