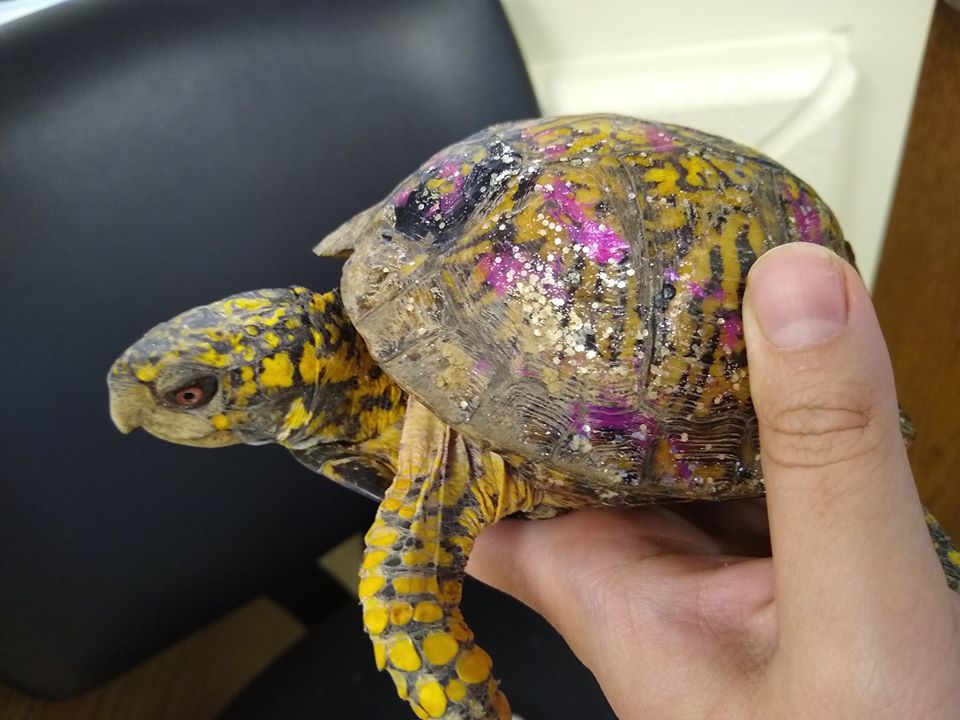 An eastern box turtle (Terrapene carolina carolina) that was found dehydrated with its shell painted with nail polish and glitter has died. The turtle

An eastern box turtle (Terrapene carolina carolina) that was found dehydrated with its shell painted with nail polish and glitter has died. The turtle was brought to the Starks Parks Wildlife Conservation Center, Massillon, OH around August 5, where the veterinarian there successfully removed all the nail polish and glitter and outfitted her with a feeding tube in an effort to help in her recovery. But the turtle, also known as a woodland box turtle, died last week despite the efforts to save her.

“We are sad to report that the turtle passed away today,” Starks parks wrote on its Facebook page. “We thank you for sharing the post and helping educate about the difference between a wild animal and a pet. The fact that this turtle was painted and the shape that it was found in indicates this turtle was held in captivity as a ‘pet’ for an unknown period of time. Woodland box turtles are a species of concern in Ohio due to their decreasing population from habitat loss and the pet trade and keeping them in captivity without an education permit is currently illegal.

A torrtoise’s shell that is painted prevents a tortoise from receiving much needed ultraviolet light that helps them to produce vitamin D3, which is essential to their health.