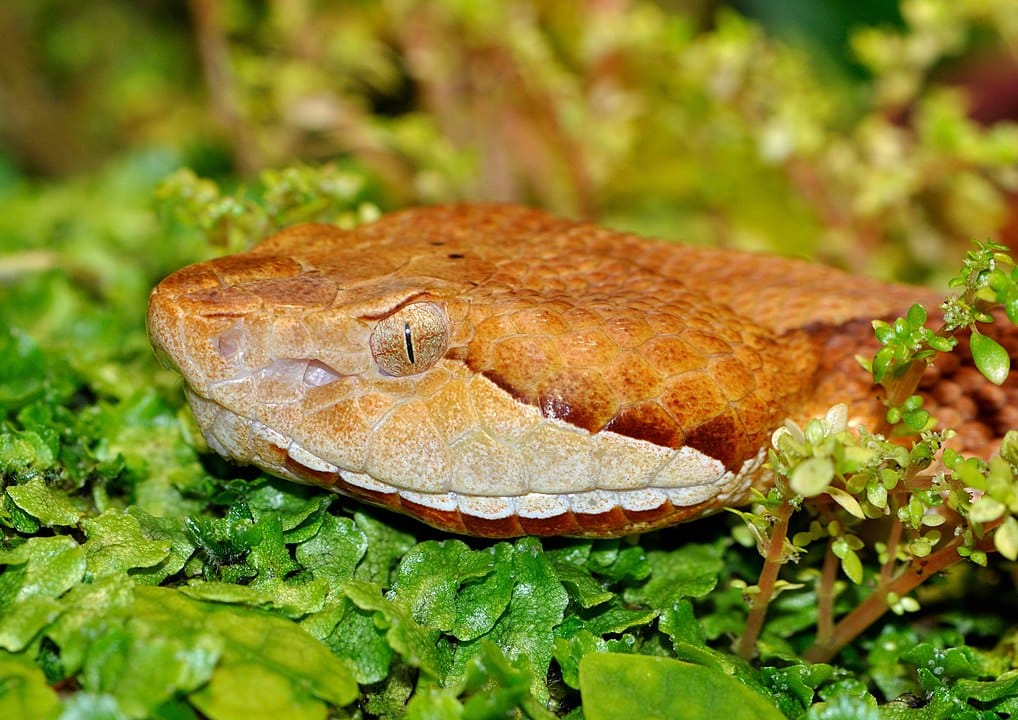 American Alligators  (Alligator mississippiensis) have properties in their blood that Auburn University researchers say help them to avoid succumbing to venomous snake bites, particularly from the Eastern copperhead (Agkistrodon contortrix).

Hatchling American alligators have been found in the stomachs of Eastern copperhead snakes. Photo by Ianaré Sévi/Wikipedia

This enables alligators to eat the vipers without experiencing the effects of the venom. The copperhead snake does prey on hatchling American alligators, and the alligator serum might have a protective effect from the snake venom, but not always.

An abstract of the paper, “American Alligator (Alligator mississippiensis) Serum Inhibits Pitviper Venom Metalloproteinases” can be read on the Journal of Herpetology website.