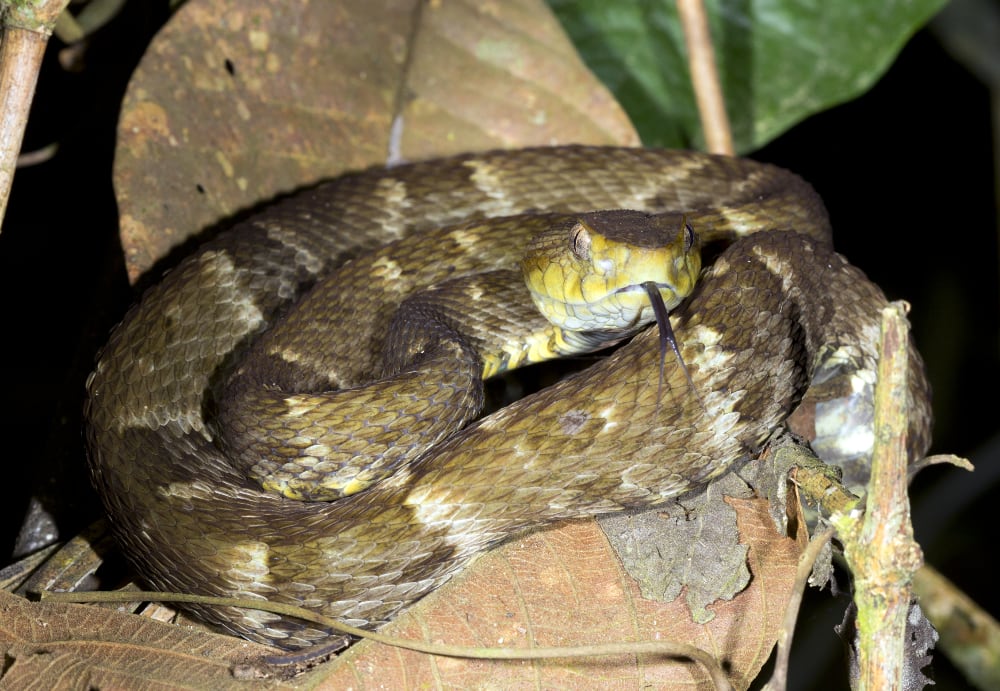 Researchers with the University of Western Ontario have used a blood clotting enzyme called reptilase or batroxobin to create a glue that is so strong in its properties that it can stop bleeding in mere seconds.

Western University bioengineer Kibret Mequanint used the venom of the lancehead (Fer de Lance) snake (Bothrops atrox) to develop a body tissue adhesive that is created using the batroxobin in a modified gelatin that Mequanint says can be packaged in a small tube for a potentially life-saving application.

“During trauma, injury and emergency bleeding, this ‘super glue’ can be applied by simply squeezing the tube and shining a visible light, such as a laser pointer, over it for few seconds. Even a smartphone flashlight will do the job,” Mequanint said in a statement released to the media.

According to the press release, the venom-based blood clotting material, when compared to clinical fibrin glue, the gold standard for clinical and field surgeons, has “10 times the adhesive strength to resist detachment or washout due to bleeding.” The blood clotting characteristics of the snake venom “super glue” is also shorter, cutting in half the 90 seconds average time it takes for fibrin glue to clot, to about 45 seconds.

Reptiles And Amphibians In Pharmaceutical Research

The snake venom based blood clotting material was tested on models from everything from deep skin cuts to ruptured aortas and even severely injured livers.

Western University bioengineer Kibret Mequanint has developed over the last 20 years, a slew of biomaterials-based medical devices and therapeutic technologies. Some of these inventions are already licensed to medical companies, while others are in preclinical testing.

Several medical solutions have been derived from the the fer-de-lance (B. atrox). Hemocoagulase, an anti-hemorrhagic drug is used for the prevention and treatment of hemorrhages in dental and surgical treatments as well as other applications.

The lance head snake, also known as the fer-de-lance, is a venomous pit viper found in the tropical lowlands of northern South America. A terrestrial, moderately heavy bodied species, the highly venomous snake grows to about 2.5 to 4 feet in length. It feeds on small mammals and birds as well as frogs and lizards. The venom of this snake is hemmorhagic, causing severe bleeding, kidney failure, abnormal clotting, blisters and necrosis.

The complete study, “Snake extract–laden hemostatic bioadhesive gel cross-linked by visible light” can be read on the Science Advances website.