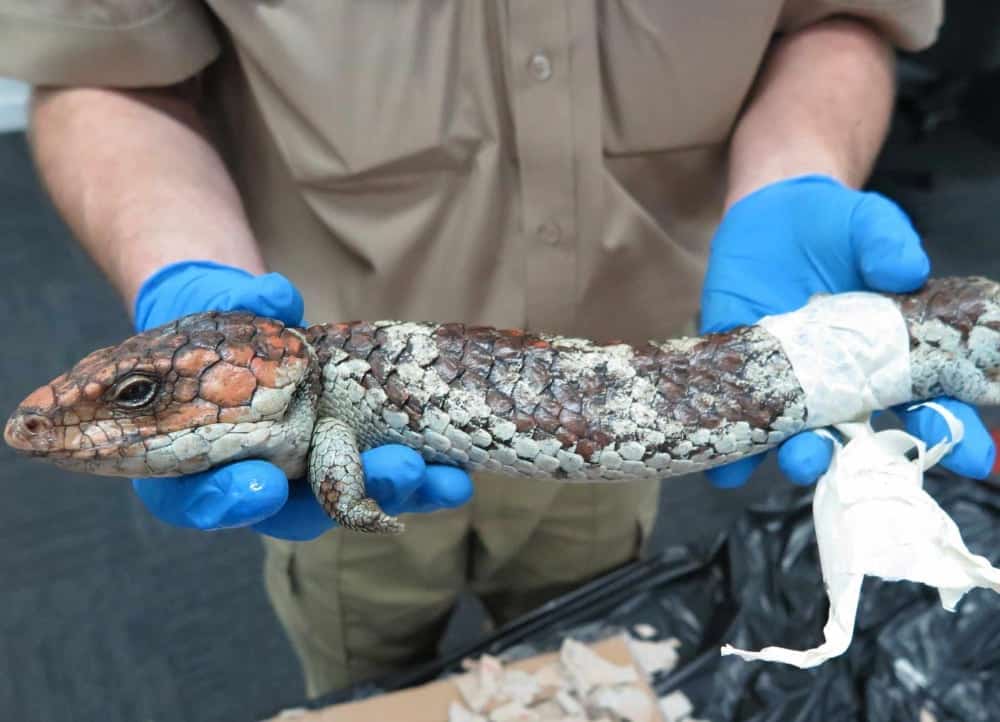 Australia Face Challenges Due To Poaching Of Shingleback Skinks

A new report from the University of Adelaide and the Monitor Conservation Research Society has found that all four species of the shingleback skink (Trachydosaurus sp.) are being traded across Asia, Europe and North America. The report noted that the threatened Tiliqua rugosa konowi subspecies, only found on Rottnestr Island in Western Australia, is also being illegally traded. These reptiles, like all reptiles in Australia cannot be exported out of the country without a federal permit. But when these skinks are imported into other countries, they aren’t always afforded protections.

“While shinglebacks are a protected species in Australia, and can only be exported legally under a federal permit, there is little to no regulation of international trade once the animals have been smuggled out of the country,” University of Adelaide’s Adam Toomes, the study’s author and Ph.D candidate, said in a statement released to the media. “Not only are our findings concerning from a conservation and animal welfare perspective, but they also highlight a major loophole in our legislation which is being exploited.”

The researchers used government records, media reports and online advertisements and found that the shingleback is being illegally poached, smuggled overseas and traded on the black market. Seizure data from 2015 to 2018 and from 2009 to 2020 showed more than 260 shingleback skinks were destined for Hong Kong, China, Japan, Thailand, Malaysia, Singapore and Sweden. This is just the numbers that were seized. It is unknown how many have been spirited out of Australia undetected. There were an additional 236 seizures in Western Australia during the same time periods, but the destinations of these skinks were unknown.

The Iconic Australian Shingleback Skink—In The Wild And In Captivity

The researchers are recommending that the skink be listed as Appendix III of the Convention on International Trade in Endangered Species of Wild Fauna and Flora (CITES. This will give other countries the legal authority to seize these illegally exported species. CITES Appendix III applies to species protected in the native country, which in turn asks for assistance from other countries to regulate the trade of species listed.

“Surprisingly, this piece of legislation is seldom used in comparison to other Appendices in CITES, and yet it could contribute to substantially reducing international trade of threatened reptiles, providing other countries with a legal basis to seize illegally imported species, co-author, Phill Cassey, with the University of Adelaide’s School of Biological Sciences said in the statement. “While stronger international regulations and improved legislation are urgently needed to curb the illegal wildlife trade globally, until such legislation exists, CITES Appendix III is a legal tool that can help us protect at-risk native species, like the shingleback, right away.”

The shingleback skink is captive bred in Europe, but not in large numbers. They are called stumpies in their native Australia due to their stumpy, short tail.