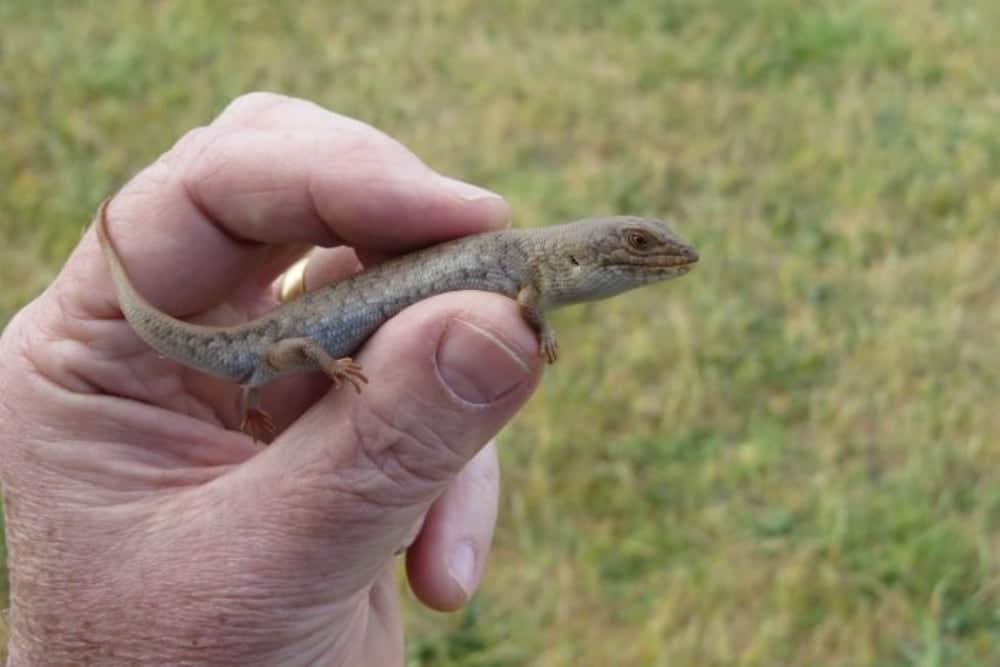 The pygmy blue-tongue lizard (Tiliqua adelaidensis), thought to have gone extinct until a specimen was discovered in the belly of a dead brown snake i

The pygmy blue-tongue lizard (Tiliqua adelaidensis), thought to have gone extinct until a specimen was discovered in the belly of a dead brown snake in 1992, is getting a bit of help from researchers who have placed a colony of 52 lizards on a South Australian farm to determine if the species can prosper in the south, where it is not prevalent. The project was made possible thanks to a AUS $400,000 grant made in January 2020.

“Modelling indicates these lizards are in danger of extinction in around 50 years’ time due to climate change,” associate professor at Flinders University and lead researcher Mike Gardner told the Australian Associated Press. “We need to know how to re-establish them further south, where temperatures are predicted to be cooler and will match the conditions they evolved in.”

Pygmy blue-tongue lizards do not have blue tongues. Photo by Mike Gardner/Flinders University

The lizards are living in wooden burrows and will be monitored over the course of five years via video cameras.Their weight and basking habitats will also be closely monitored.

The pygmy blue-tongue lizard is a small skink that looks just like the larger blue-tongue skink (Tiliqua scincoides intermedia), but with a few noticeable exceptions. It does not have a blue tongue. Its tongue is pink. It is grayish-brown and orange-brown in coloration and has a short tail. Its total body length is less than 15 centimeters in length.

They are found in trapdoor spider holes on native grasslands in Australia. For decades the pygmy blue-tongue lizard was thought to have gone extinct until a specimen was discovered inside the belly of a dead brown snake in 1992. A wild population was later found in Burra, Australia.