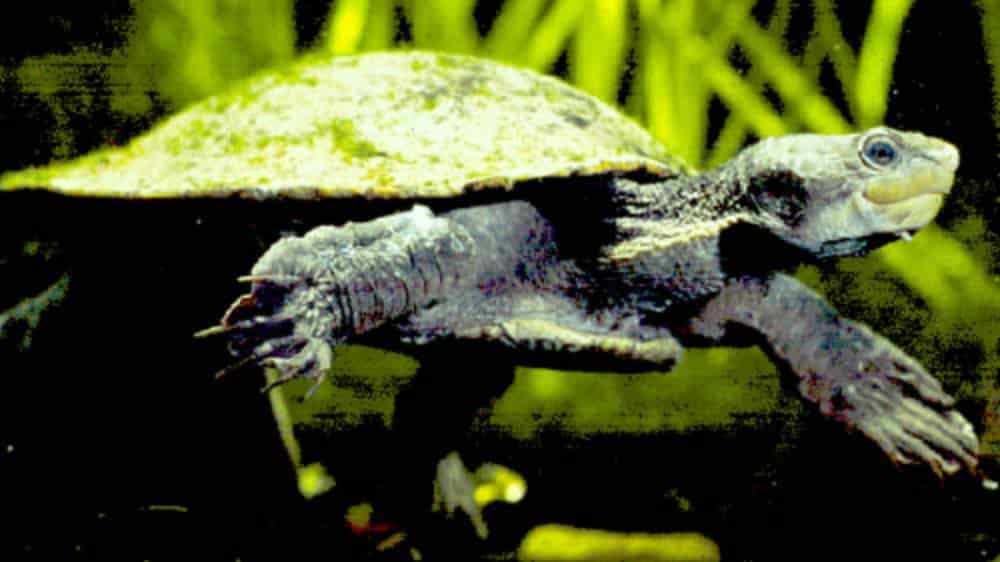 “The fossil specimen Elseya lavarackorum can now be regarded as an extinct Pleistocene species, inhabiting rivers in the Gulf of Carpentaria less than 2.6 million years ago,” Queensland Museum herpetologist Patrick Couper said in a Queensland government blog post.

The reptile, which is found in northern Australia was initially thought to be Elseya lavarackorum, but when American turtle researcher Mehdi Joseph-Ouni and Couper took a closer look, they found that the turtle formerly known as Elseya lavarackorum has seven vastly different features in its skeleton than the fossil the turtle was based upon.

“The information that we have on the modern species [oneiros] is new, and people are still studying it today so our knowledge of this turtle still remains the same.”

The Gulf snapping turtle Lives in deep water pools of Australia’s Nicholson and Gregory Rivers. These rivers flow into the Gulf of Carpentaria. It feeds on fruit that fall into the river as well as freshwater mussels and aquatic insects. It belongs to the Elseya genus, which comprises side-necked turtles from northern and northeastern Australia and the river systems of New Guinea. It is listed as endangered under Australia’s Commonwealth Endangered Species Protection Act 1992, and listed as vulnerable under Queensland’s Nature Conservation Act 1992. It is also listed as a species of Least Concern under the under the Northern Territory’s Territory Parks and Wildlife Conservation Act 2000. Threats to this species include getting caught in fishing nets, feral animal disturbance of nesting sites, habitat destruction and grazing by cattle, and climate change.